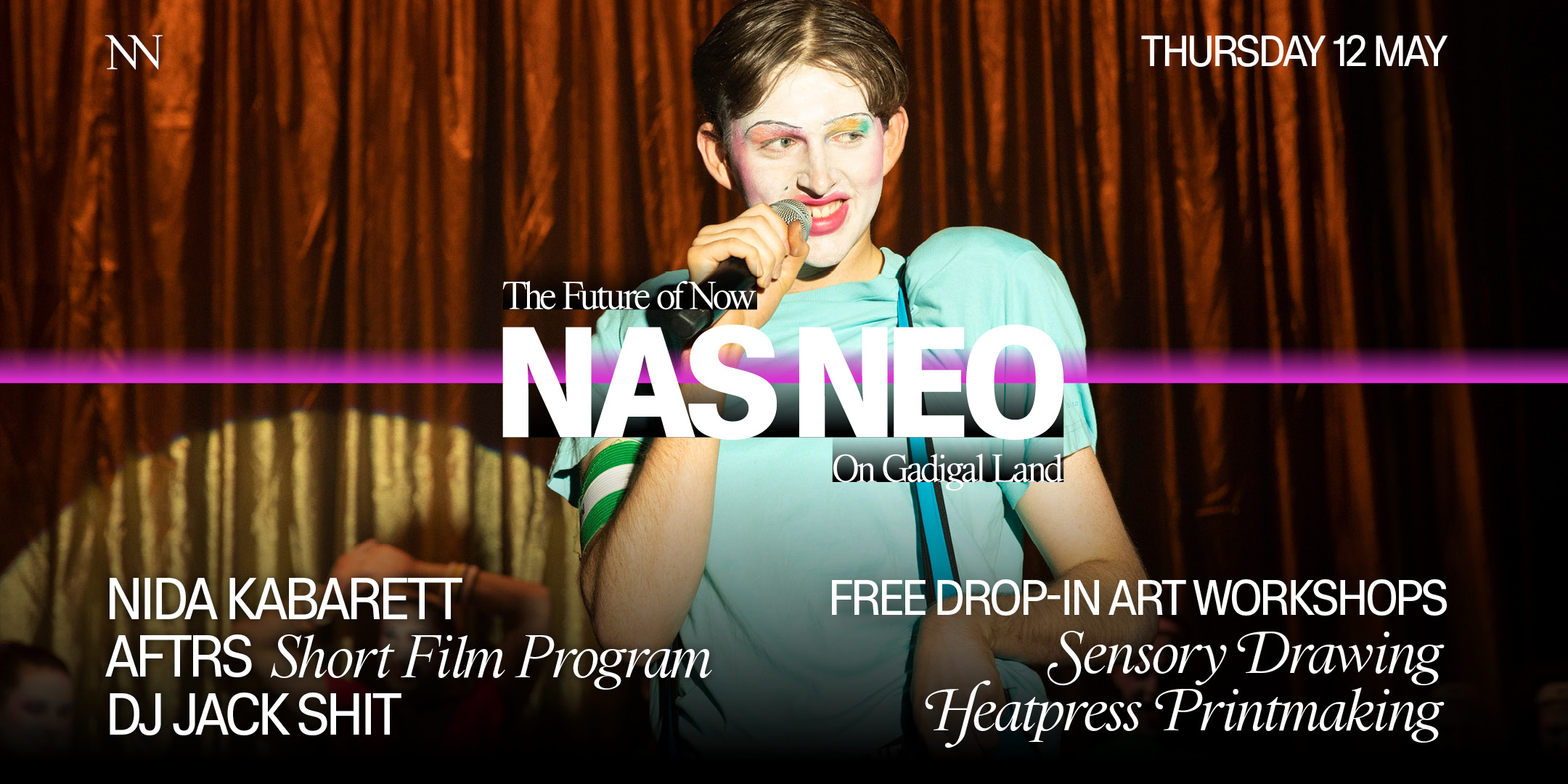 NAS NEO THE FUTURE OF NOW ON GADIGAL LAND THURSDAY 12 MAY 6–10PM   The National Art School is excited to announce NAS NEO, a new after-hours program that

Join us at NAS NEO on Thursday, 12 May, for the unveiling of Em Ingram-Shute’s installation work, No Colour In War, followed by a Q&A with the artist in the Cell Block Theatre from 6pm.

Australian Film Television and Radio School (AFTRS) presents a selection of short films from emerging storytellers and notable alumni across the years including Jane Campion and Gillian Armstrong. Features festival favourites, Oscar nominated and classics from the vault.

A collaboration between students from the NIDA MFA Directors and the NIDA Diploma of Musical Theatre, Kabarett is a contemporary cabaret inspired by the classic entertainments of the Weimar era. Expect the irreverent, the salacious and a touch of lascivious charm. Don’t forget to bring your active wear!

Jack Shit is the hardest working man in No Business: a free-party programmer whose radical radio show remains unrivalled for breadth and bravery. Jack is a disc-jockey for the ages: spinning songs for kids and animals one day, a Dementia Disco for otherwise-isolated older folks the next.

Mr Shit is an on-air evergreen who hosts the longest-running show on Sydney’s FBi Radio. He was the founding curator and booker of the notorious underground club Tokyo Sing Song. Jack continues to be a highly sought-after DJ at festivals from Golden Plains to Panama, Falls to Dark Mofo.

His collection spans a century of sound – on formats from shellac 10″ 78RPM records, through to vinyl platters, compact discs and digital files. He combines these relics and modern manifestations with state-of-the-art software to weave sonic stories in detailed, site-specific sets of stirring sound.