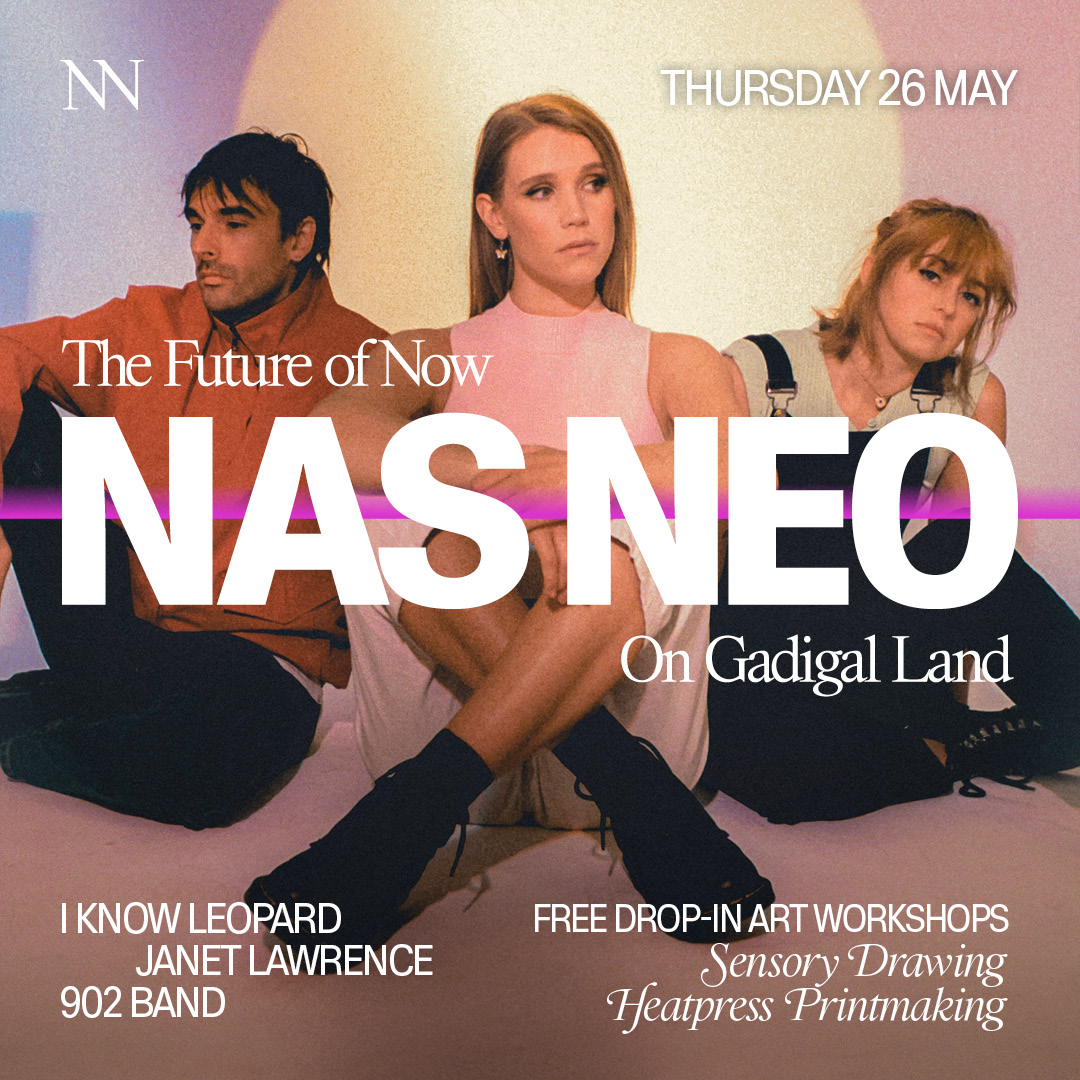 NAS NEO THE FUTURE OF NOW ON GADIGAL LAND THURSDAY 26 MAY 6–10PM     The National Art School is excited to announce NAS NEO, a new after-hours program that

On their debut album Love Is A Landmine , Sydney quartet I Know Leopard explode their emotions onto a musical kaleidoscope, finding catharsis in the ethereal bliss of pop’s plastic and proggy past.

Whittled down from over three years’ worth of demos, and written against a back drop of emotion al turmoil, which ultimately finished off with new love blossoming, Love Is A Landmine is an unashamedly romantic record that pulls you deep into the rich gamut of emotions that love will inevitably drag you through.

“I’d be lying if I said it wasn’t an album full of love songs,” says lead vocalist and chief songwriter Luke O’Loughlin. “But not always in the classic romantic sense. It reflects on experiences where attempts at love are met with confusion, pain and alienation. The record also explores the importance of learning to love yourself before you can successfully love someone else.”

Along with his bandmates, Rosie Fitzgerald (bass), Jenny McCullagh (violin and keys) and Todd Andrews (guitar), O’Loughlin and co. have created the perfect musical complement to the open and impassioned lyrics. Musically, Love Is A Landmine shines, revelling in glam, dreamy synth pop and the kind of playful, upbeat, 70s soft rock made famous by ELO, 10CC and the Alan Parsons Project. Blended seamlessly within that is the taught new wave energy of Metronomy and a glorious deep dive into vintage analogue synths.

Janet Laurence’s practice is embedded in an aesthetics of care and is keenly aware of our interconnection with the elemental aspects of nature. Her works offer a slow and immersive engagement with natural ecologies through materials as diverse as glass, living plant matter, video, pigments, museum archives, and taxidermy specimens. Laurence’s work is dependent upon decades of research, which helps her construct poetic encounters with biophilia that reflect on science, wonder, and environmental loss. Her practice often incorporates organic qualities of transience, vividly communicating the importance and urgency of caring for threatened environments. Her work is included in numerous institutions, museums, universities and corporate collections as well as within architectural and landscaped public places, worldwide.

Laurence lives and works in Sydney, and was the Australian representative at United Nation’s Artists 4 Paris Climate 2015, in which Laurence brought international attention to the fragility of Australia’s World Heritage Great Barrier Reef through her multi-media work ‘Deep Breathing (Resuscitation for the Reef)’. Through her multi-layered vitrine, which encloses photo and video works, sculptural objects, and natural materials, Laurence comments on the deteriorative effects of climate change on the natural planet and of aquatic life in particular. As Laurence explains, the aim of this work is ‘to create the imaginative possibility for healing our marine world’.

A recipient of both a Rockefeller and Churchill Fellowship, the Alumni Award for the Arts, UNSW, and the John Clover Art Prize, Laurence was a Trustee of the Art Gallery of NSW, on the VAB Board of the Australia Council, and is currently Visiting Fellow at COFA NSW University.