An evening of sonification, music and digital art 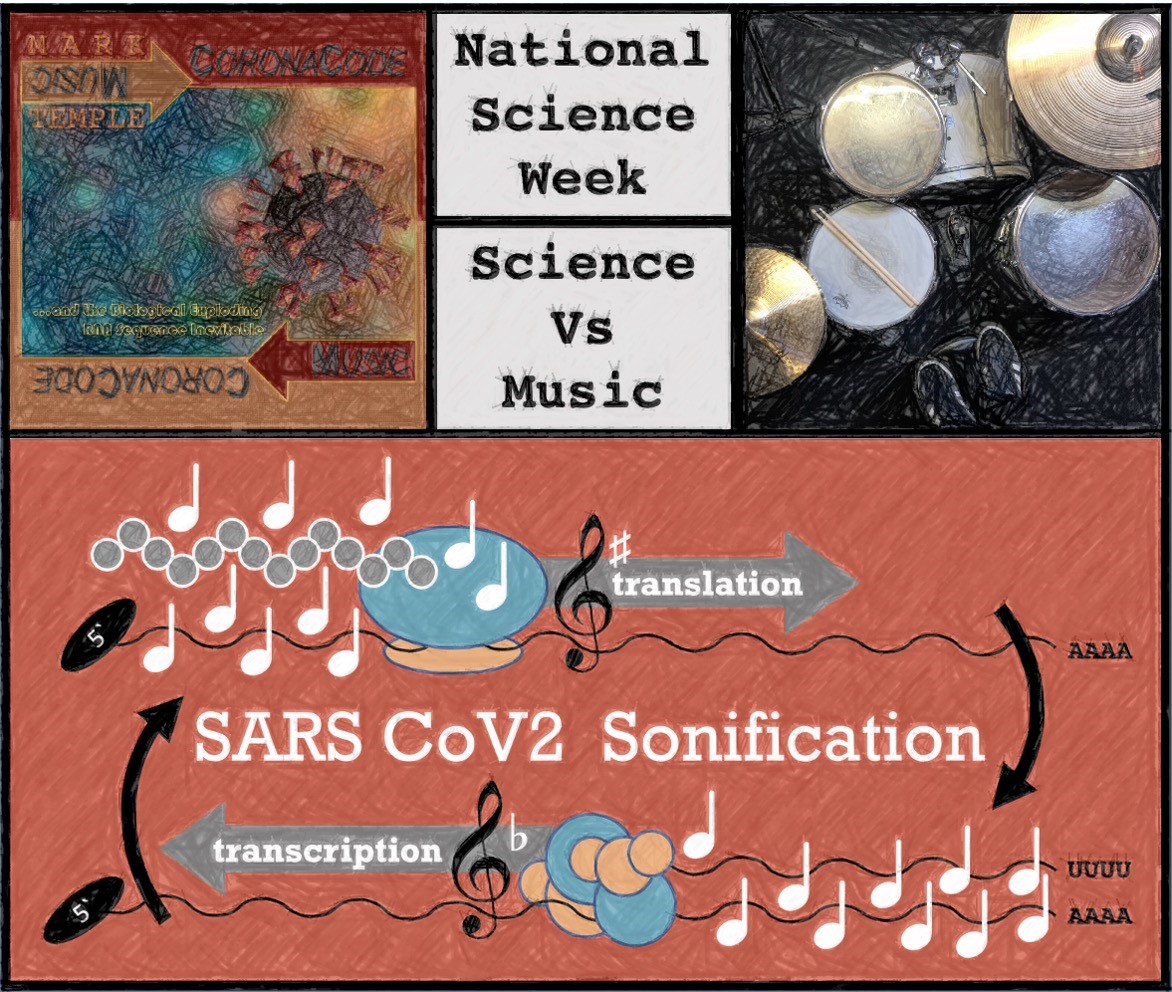 Making Music From Science Data Thursday 18 August 6.30pm Cell Block   All my life I’ve been engrossed in either music or molecular biology. I was previously the drummer in Sydney pop band The Hummingbirds

All my life I’ve been engrossed in either music or molecular biology. I was previously the drummer in Sydney pop band The Hummingbirds and now I’m an academic specialising in molecular biology. I’ve now brought together my music and science thinking to create an album of computer-generated audio and music with an ensemble of musical guests.

“this is just amazing” NPR

“turned the coronavirus genome into a musical masterpiece” Science Line

“as cool as it sounds” 3MBS Fine Music

In my academic work I generate audio from science data such as genome sequences. I was thinking would it be possible to make music to accompany this computer-generated audio. I think the answer is a resounding yes. A prior release of the track CoronaCode Music (demo version) was well received by the science and wider community. This track and others have now been re-recorded with an ensemble of 7 musicians to create an album of indie instrumental molecular music.

As part of a “Science Meets Art” event during FREE National Science Week we will be launching the CoronaCode Music LP at Cell Block Theatre at National Art School (6:30 PM Thursday 18th August).

Mark is a molecular biologist at Western Sydney University who uses audio for DNA sequence analyses within his research. The use of audio for data analysis is called sonification and it is becoming increasingly popular as a research tool.

“This has taking me down a whole new research path to think about the science of music. How does music work, how do some things stand out and how do others blend into the overall sound. I thought about this whilst I was writing computer code to convert the DNA sequences into audio. It turns out that musical thinking improves the outcomes of the science research, and this allowed me to blend multiple layers of audio (and therefore more layers of data) into a single audio track.”

It’s a fascinating project that is receiving widespread praise. This will be launched at National Art School with an ensemble of 8-musicians,