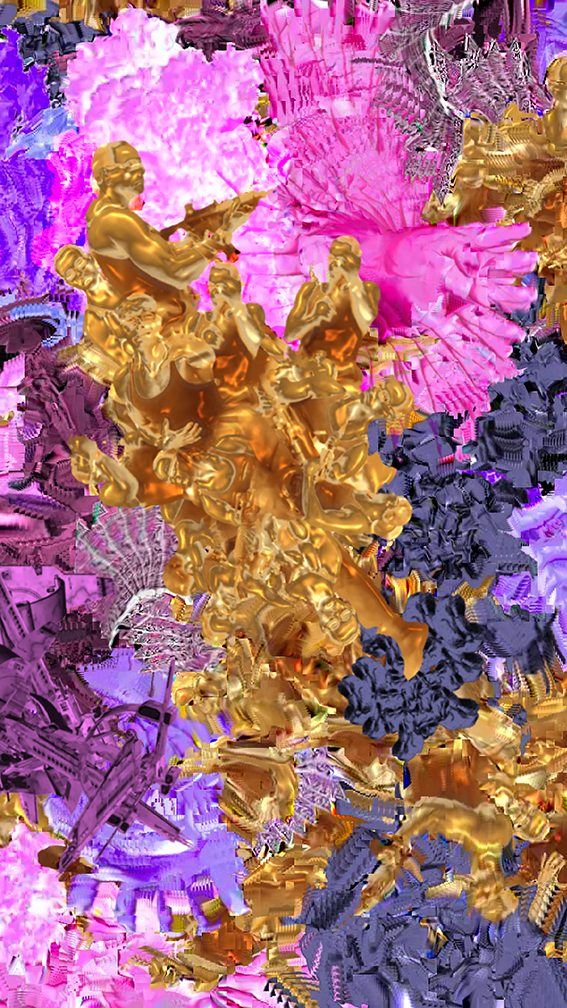 Dr Harley Ives and Philjames are both exhibiting artists in CAUGHT STEALING showing in the NAS Gallery.

Harley is a video artist and is represented by Chalk Horse Gallery, Sydney. His recent group exhibitions include An Empire of Things at Grace Cossington Smith Gallery, Contagious Magic, Galerie Pompom, Sydney and Tele Visions, RMIT, Melbourne. He had four solo exhibitions at Chalk Horse Gallery including Suspended Cloud, 2018. He lectures in Screen Arts at Sydney College of the Arts and Digital Media at National Art School. In 2018 he completed a Fine Arts PhD titled ‘The Material Qualities of the Moving Image and the Painterly Gesture.’

Philjames’ work draws heavily from the cannon of Euro-centric art history and Absurdist philosophy. In reimagining and re-presenting historical painting and sculptural forms, he generates a sense of both the familiar and the uncomfortable through the displacement of notions of time, place and history combined with seemingly seamless interweaving of somewhat obscure pop cultural references. He has been a finalist in The Sulman Prize, The Blake Prize, The Dobell Prize, The Brett Whiteley Travelling Art Scholarship and has exhibited extensively locally and internationally.