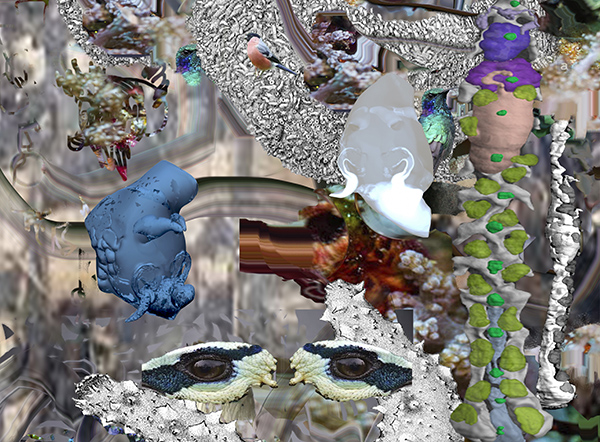 Marian Tubbs' assemblage-based installations and digital works critique cultural ascriptions of value and act to slow down accelerated modes of looking. Her work unveils poetic and political power inside an

Marian Tubbs’ assemblage-based installations and digital works critique cultural ascriptions of value and act to slow down accelerated modes of looking. Her work unveils poetic and political power inside an emotional reservoir of discarded images, poor materials, and ‘small’ talk. Natural and ‘fake’ imagery is captured in numerous randomised fluid and static visions. Discarding the use of hierarchy to preference various elements, the fragile and found are assembled to defiantly assert: ‘the poor material is my agent because it is set to fail at being ‘fine’’.

Tubbs’ work is held at the National Gallery of Australia, National Gallery of Victoria, Museum of Contemporary Art and International institutional collections. In 2017 her work was included in the recent anthology ‘Australiana to Zeitgeist’ publishied by Thames and Hudson. In 2014, she contributed as an author to the philosophy volume “Deleuze and Guattari and the Arts: Intensities & Lines of Flight,” published by Rowman & Littlefield International. In 2015 she completed a PhD at UNSW Art & Design. She is a lecturer in Photomedia at the National Art School. Right now she is working on her first artist publication and a music video for rapper DonChristian.