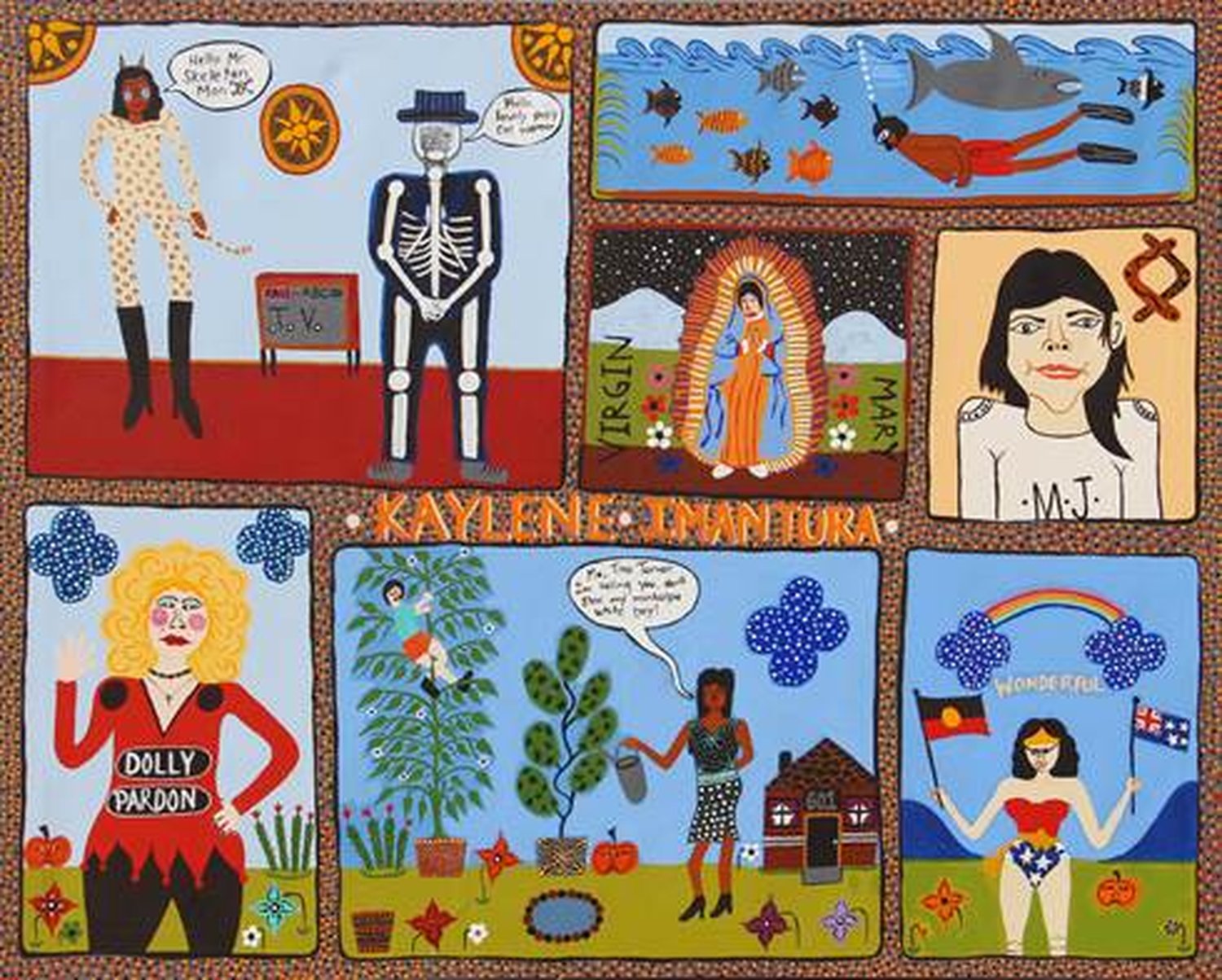 The Other Art Fair

The National Art School is thrilled to collaborate with The Other Art Fair to present two stands; the first of NAS graduates and the second, Represent curated by NAS Director and CEO,  Steven Alderton.

This exhibition, Represent, brings together five women artists from Sydney and central Australia, where geographies mean both little and much. Their work is centred on reinterpreting possibilities – between the real and unreal, abstract and representational, traditional and contemporary culture, and human and superhuman.

Dani McKenzie’s work fluctuates between notions of painting and photography and softens the place between representation and abstraction. The images are timeless and pleasingly melancholic, as they stitch new interpretations of history, the past and virtual futures. These paintings are of the unreal. They are abstract depictions of past moments captured as a photographic image and then reinterpreted. They ask the question of photography’s ability to capture the real, and therefore the association between photography, and documenting the past, “opening up a space in which time and memory can be generated by the image rather than documented by it”.

Gemma Avery cuts, splices and reinterprets pop culture imagery, particularly mid-20th century screen and performance culture. They are montages and dissections in a photographic history of a moment, now reimagined as a littoral zone, the place between the analogue and the digital; performative and static.

Kaylene Whiskey blends narratives of pop culture and traditional Aboriginal Anangu culture together. Kaylene’s paintings are a representation of daily life in her community. They are an understanding of the powerful culture of senior members of the community (whose childhoods began traditionally in the bush), and the young people – who have grown up influenced by Coca Cola, comic books and Michael Jackson. The paintings represent a fusion of ideas as Kaylene has witnessed many changes in the lives of Anangu over the past 40 years. Painted to a soundtrack of rock, country, and desert reggae, Kaylene’s paintings are rich in humour, with the artist bringing together two very different cultures to have some fun.

Michelle Lewis presents a fresh approach to depicting the landscape, expanding beyond the previous generations’ depictions of Country. She paints aerial views that are multi-dimensional yet sit on the flat picture plan, harbouring a sophisticated knowledge of her father’s country at Makiri, east of Ernabella. They hold true to the history and respect for Country whilst revealing new ways of seeing this ancient land.

Alex Xerri has just returned from the smouldering steeps of Mt Etna in Sicily. The ground really is moving as the African plate is slowly but powerfully re-shaping under the Eurasian plate. This is an amazing, if not surreal, place where world’s collide. It is an essential experience for the artist as she references skeletons and fossils sketched in natural history museums, bad (and good) nature documentaries and gritty 1990s cartoons to create unique aesthetic sensibilities. Alex creates narratives with a travelling palaeontologist who scales unknown lands, volcanoes and diamond pythons merging with houses and cars.Starting from a base of found objects, pop culture and traditional culture, these images of arguing mountains, Wonder Woman catching a red kangaroo, the everyday and theatrical performance places the artists between reality, realism and a new reality in picture making and presenting work that is referential and forward thinking.