SMH: ‘Thrilling’ gift reveals artistic side of killers and bushrangers 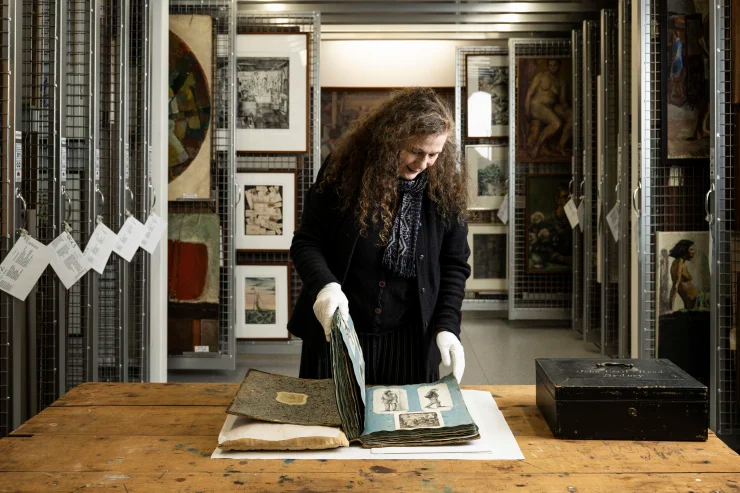 SMH: ‘Thrilling’ gift reveals artistic side of killers and bushrangers

An extraordinary scrapbook that belonged to a governor of Darlinghurst Jail and which features original artwork by prisoners including notorious bushranger Captain Starlight is shedding new light on the early years of the colony.

The book, containing clippings, photographs, pencil drawings and watercolours, was the property of Sir John Cecil Read and has been donated by his family to the National Art School, which now occupies the former jail in Forbes Street. Read was the jail’s governor between 1861 and 1889.

Archivist Deborah Beck said the donation was “thrilling”. “Read was the longest-serving governor but I didn’t know anything else apart from that,” she said. “I certainly didn’t know his family were still here. And when they contacted me, it was thrilling. I was absolutely amazed.”

Beck has edited and contributed to a book, CAPTIVATE: Stories from the National Art School and Darlinghurst Gaol, that will be launched to coincide with a series of events and exhibitions to mark 100 years since NAS moved to the jail and 200 years since work began on the walls of the compound. Previously, she has written a history of the jail, called Hope In Hell.