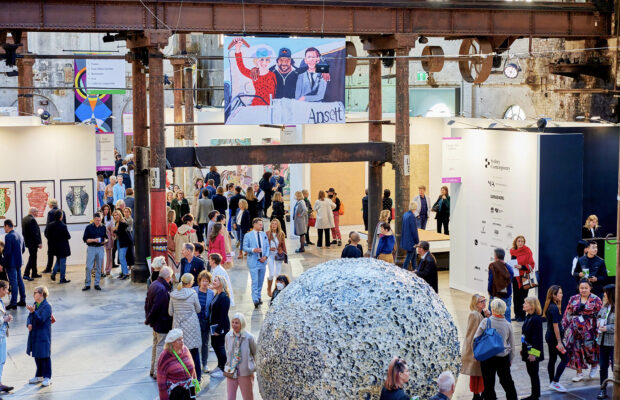 By Thomas Sargeant and Amelia Koen

Considering accessibility both in terms of the financial and intellectual barriers embedded within art, the showings from National Art School (NAS) students is well-worth checking out.

NAS has brought eight students to the festival in a notable divergence from the other exhibiting institutions in attendance. Though some galleries may be representing artists who are students, NAS is the only group attending the festival who is an educating body, solely representing the work of students.

Honi spoke with the senior curator of NAS, Katrina Cashman, to hear about the opportunities granted to student artists exhibiting at Sydney Contemporary.

Cashman explained that Sydney Contemporary is “a platform that shows their work to thousands,” and can act as a “curatorial stepping stone” through which students are able to launch a career in fine arts and connect with industry representation, galleries, and dealers.

The ways in which NAS’ presence at the festival is unique was also touched upon by Cashman, she explained that their booth critically contributes to a “democratisation of art”. Wherein the presence of the school and its students — who are only beginning to develop their artistic practice — creates an entry-level space for both young artists and festival attendees to engage with art.

Cashman herself notes that the ‘white-cube’ space of many galleries, and many booths present, is often a deterrent for new viewers of art. Pointing to the layout of their space, the NAS booth has works of art that extend beyond the confines of their cube and into the walkway to create a space that individuals can walk freely into and around.