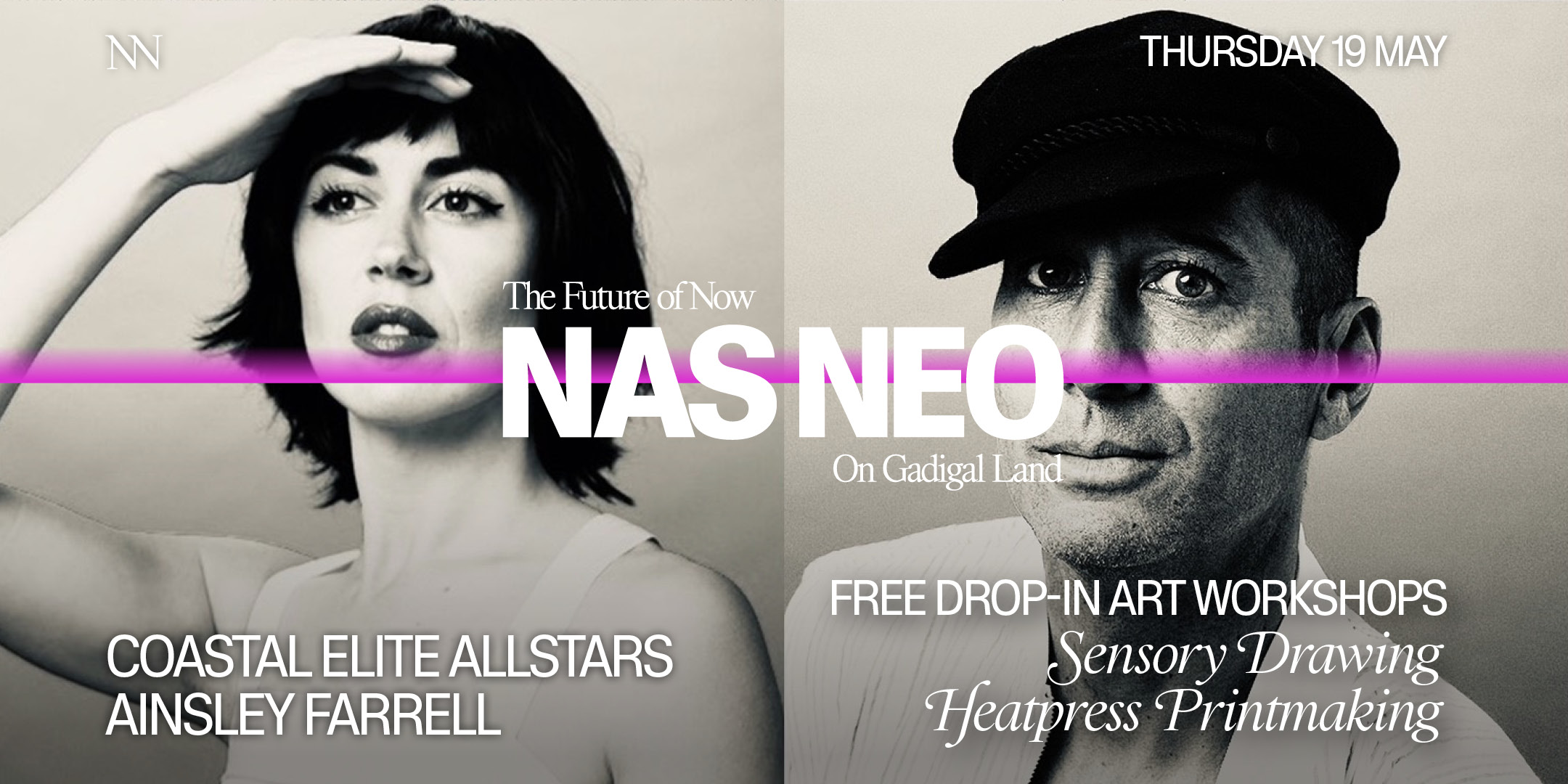 NAS NEO THE FUTURE OF NOW ON GADIGAL LAND THURSDAY 19 MAY 6–10PM     The National Art School is excited to announce NAS NEO, a new after-hours program that

Ainsley Farrell is a Sydney-based artist from the United States. Since the release of Dark Hours in May 2017, the EP has received airplay from radio stations all around Australia, including national station Triple J. Her song Dark Hours was featured in the Netflix documentary, ‘Afflicted’, in 2018.

Farrell showcased as an official artist at SXSW in 2018 and Bigsound in 2019. Her single ‘Walls’ was one of FBi Radio’s Most Played Tracks of 2018.

Performing Yachty Disco, Blue Eyed Soul and Beachside Boogie , Sydney’s stylish indie funk mariners, Coastal Elite, have been dropping a steady stream of classic singles as part of their Music For Marinas project for a few years. From their yacht rock-styled debut classic Shorebreak (From Now On) through to the indie pop of last year’s sublime Runaway, and now we finally get a chance to see them perform live.

Expect to hear original music from the Music For Marinas Project along with a diverse range of classic tracks that have the influenced their sound, ranging from Michael McDonald and Paul Carrack to Paul McCartney to Evelyn “Champagne” King.