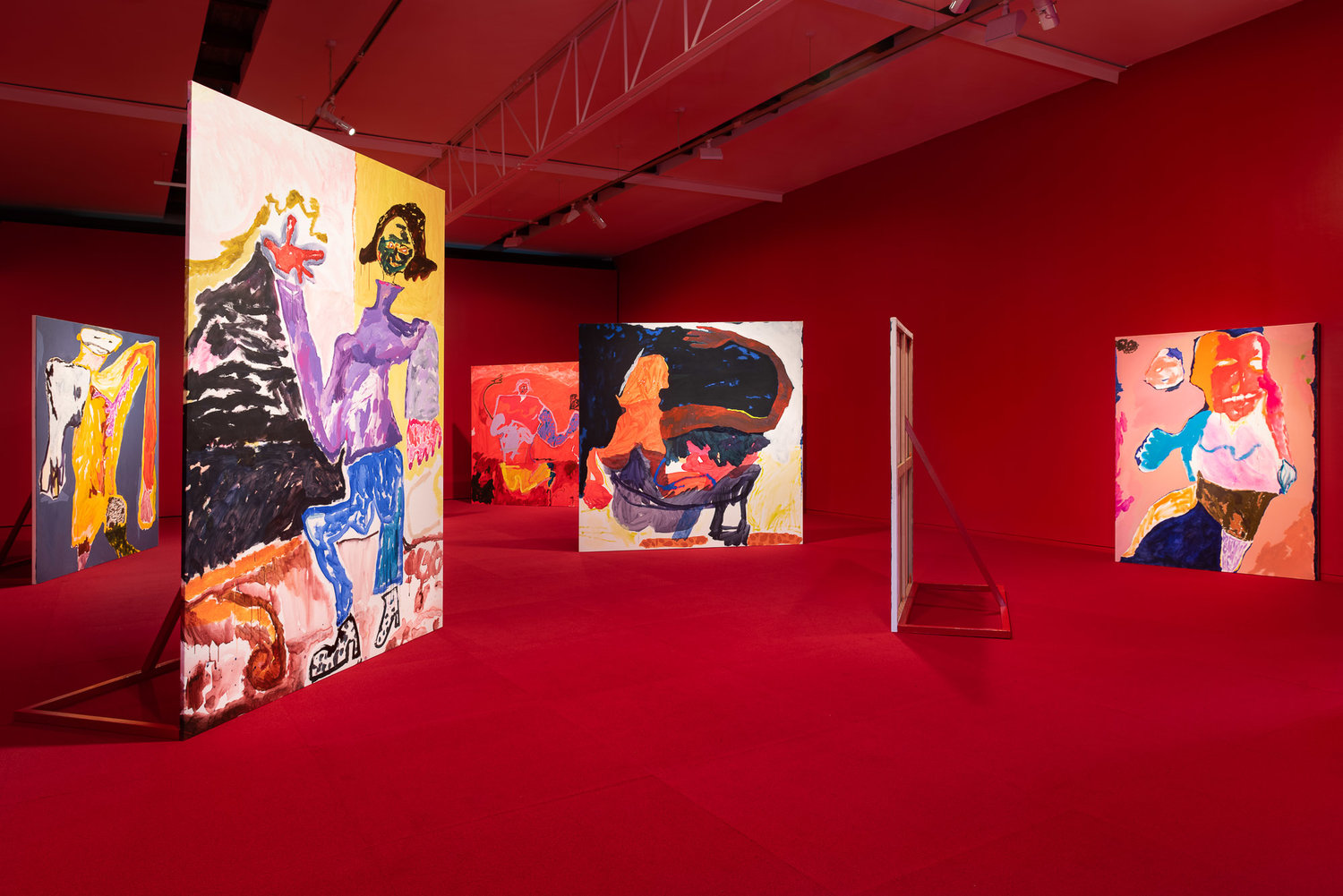 Tom Polo (b. 1985, Sydney, Australia) uses painting and painted environments to explore how conversation, doubt and gesture are embodied acts of portraiture. Frequently incorporating text and figurative elements, his works draw upon acute observations, absurdist encounters, personal histories and imagined personas. An ongoing interest across his practice is the emotional and performative relationships between people within social, theatrical and psychological space.

Polo was awarded the Brett Whiteley Travelling Art Scholarship in 2015 and completed residencies at the Cité Internationale des Arts, Paris and ACME Studios, London in 2016, Artspace, Sydney in 2017 and Palazzo Monti, Brescia, Italy, in 2018.  He is represented commercially by STATION, Melbourne and Roslyn Oxley9 Gallery, Sydney.