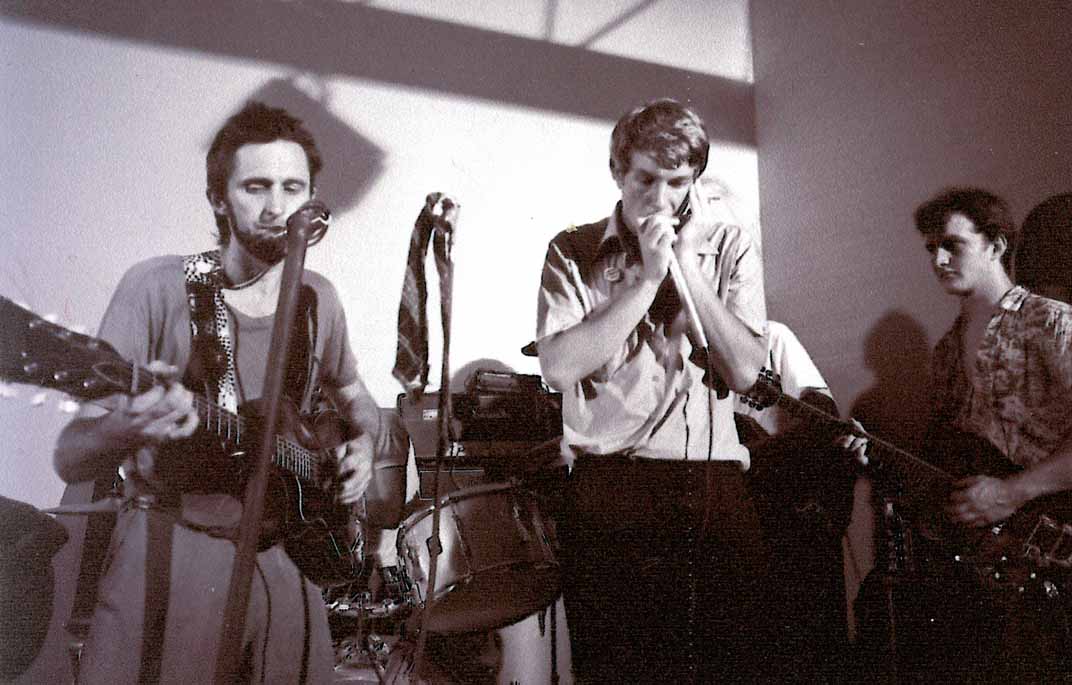 The National Art School is deeply saddened by the news that Andrew ‘Greedy’ Smith, one of the founding members of iconic Australian band Mental as Anything, has died.

Smith was already in a covers band with a school mate from North Sydney Boys, but first played with the Mentals in December 1976, at the Anthony Doherty Community Centre Hall in Darlinghurst. He also appeared with them at the Unicorn Hotel near the art school, where the band had a regular gig. He played harmonica at first but after being invited to join as a permanent member, was urged to start playing keyboards.

“Martin thought I was sitting around too much reading the paper and going to the bar between my songs,” Smith recalls in the book The Mind and Times of Reg Mombassa, published in 2009. “He and I went out to Epping where we bought an old Farfisa wedding reception organ. I was playing it that night. It was just one-handed stuff but because it was the era of punk bands, I could get away with it.

The band’s first gig with their final line up – Martin, Greedy, David, Chris and his brother Peter O’Doherty, was at the National Art School’s Cell Block Theatre on August 17, 1977, the night Elvis died.

The name Mental as Anything had been chosen earlier by another National Art School student, Paul Worstead, who had booked them for a gig at the Settlement in Chippendale. Worstead went on to design the cover of Mental As Anything’s first album Get Wet, released in 1979.

The school is proud to have been the crucible for the band that has held such a special place in the Australian music scene for generations.

In the Sydney Morning Herald yesterday, Mombassa said he would remember his friend and bandmate as “the most positive and cheerful person I have ever met in my life”.

“He was a decent guy, he was kind to people, he cared about people,” Mombassa said. “The way he was on stage, that joyous stage presence was genuine, he was like that off stage, he cared about his fans and gave them the time of the day.”

Steven Alderton, Director and CEO of NAS, says, “Greedy Smith was an exceptional artist who could light up a room with his many talents. He was part of a golden age at the National Art School when many talented visual artists became members of bands, plying their considerable creative skills on many platforms. We will certainly miss him.”

Greedy Smith will be greatly missed and mourned by many. The National Art School would like to extend its sympathy to his friends and family.