Time to be heard: ‘Who will stand up for the arts?’ 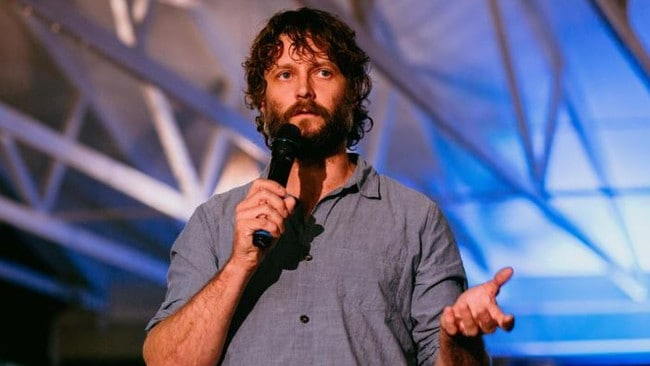 Time to be heard: ‘Who will stand up for the arts?’

As part of The Australian’s list of 100 Arts and Culture leaders published on May 27, 2022, artist Ben Quilty reflects on Australia’s attitude to the arts, the cuts that have affected many art schools around the country, and why artists must continue to tell our stories.

Why? It’s a question that haunts many of us in the arts. It’s the question I was asked with tedious regularity — by family, friends, acquaintances — when I made the decision, at the age of 18, to start my life in the arts by going to art school.

Why? A career in the arts was a risk, I was warned. How would I pay the bills? My decision was more difficult, too, for some to understand because I loved sport. I was obsessed. I was a Warnie fan, but I always found myself more fascinated by the flamboyant Shane Warne’s quieter teammates, David “Boonie” Boon and Steve “Tugga” Waugh, those fearless, no-nonsense statesmen of Australian cricket. I played lots of sport as a young man. The comradeship and safe and structured space for intense competitiveness was a perfect outlet for all my youthful energy.

It’s a passion that has remained with me. Just recently I felt the bitter pain of defeat when my third-grade cricket team was beaten in the Southern Highlands competition grand final.

For me, it’s always been simple. I love art, and I love sport. And while Australians have one of the highest rates of participation in the arts (almost 98 per cent, according to a recent study), sport and art are still viewed very differently in this country. Most obviously to me, when someone decides to play sport – or work in a bank or be a doctor or a teacher or a firefighter – no one asks them why.

For a country that has such a rich cultural history, it has always struck me as bizarre that the arts community is at times questioned and at worst met with hostility. After all, the arts in Australia contributes billions of dollars to the GDP each year. This country has produced some of the world’s greatest cultural figures — Man Booker Prize-winning authors, Oscar winners, Nobel Prize-winning writers, dancers, and some of the biggest musical stars on the planet. And we will continue producing them. Do we still need a number on our backs to find respect in Australian society? Surely we are past that by now.

In NSW, since I finished art school in the mid-1990s, almost every art school has been forced to offer fewer places for students, or to simply shut down. The University of NSW closed its COFA art school to reopen The School of Art and Design, a shadow of its former world-class self. Newcastle University completely shut the doors on its art school a few years ago. The University of Sydney demolished Sydney College of the Arts and opened a miniature version of the school I attended at that university. The University of Western Sydney designed and constructed one of the country’s first purpose-built art schools, then shut it down less than a decade later.

‘Do we still need a number on our backs to find respect in Australian society? Surely we are past that by now’

The Australian National University came alarmingly close to closing its School of Music in 2012, and every single art school in the TAFE system was obliterated by the federal government in the same year. Most recently, The National Art School in the centre of Sydney survived thanks to the determined and passionate former NSW arts minister, Don Harwin.

Against such formidable odds, we continue to make art. How? Sometimes I wonder. I can tell you the why is not for the money. In fact, I’ve never met an artist who entered a creative vocation in the pursuit of wealth.

I sat recently with internationally acclaimed artist Yukultji Napangati around a campfire in central Western Australia, on her Pintupi Country. Yukultji is the first Australian artist to be shown in the world’s most famous commercial gallery network, Gagosian in New York. She was having trouble verbalising in English a notion about her birthplace, and so she began drawing it in the sand by firelight. She began to softly sing too. All day I’d been learning the language she signed to me with her hands, and now she was communicating to me in the most sophisticated and multidimensional language I had ever seen. It struck me then that communication is art; language is art; storytelling is art. Yukultji was a master of all of it. We make art because we are all fundamentally driven to tell stories, to make our voices heard and to stand up for the truth — free of propaganda and free of politics.

The world is rapidly globalising and every nation is competing to be heard; to have maximum influence on a homogenising human collective. Many of the voices are not positive. Political self-interest, not humanity, prevails in a system where dictatorial leaders seek cultural credibility to enforce geographic and strategic power. More than ever the voices of our arts community need to count but first they need to be heard. Defining a nation is done by loudly defining our stories.

Funding cuts to our cultural organisations (and universities) by successive federal governments and almost every state government have had the effect of dampening that sound. Every cut to every arts community diminishes our collective national voice. Strong political leadership on the arts is desperately necessary to re-secure our creative future.

Right now, we need to celebrate the voices brave and determined enough to call out to the world that Australia is not only home to the oldest continuous human culture on the planet, but that we are also a diverse, culturally powerful nation. The past two years have been a relentless period of isolation and fear for many of us. Young, creative people ruminating on their futures need encouragement to be brave.

When they are presented with a choice between a “safe” future following conservative careers advice or chasing their dream of telling stories and joining Australia’s richly coloured arts family, we owe it to ourselves to take the why out of the equation.

Art has the power to soothe this country’s collective soul. It can help determine the right path out of this mess. The Australian arts sector has its challenges ahead but the future at a grassroots level is sparkling. I salute the new generation of game-changing artists and cultural leaders and look forward to seeing where they might take the sector.

I look forward to hearing new — and ancient — stories about this land on which we live. I look forward to an Australia where sport and art are treated equally in the eyes of our government, and its treasury department. And I look forward to a future, just over the horizon, where a young aspiring artist, when asked “Why?” can stand tall and respond with confidence: “Why not?”