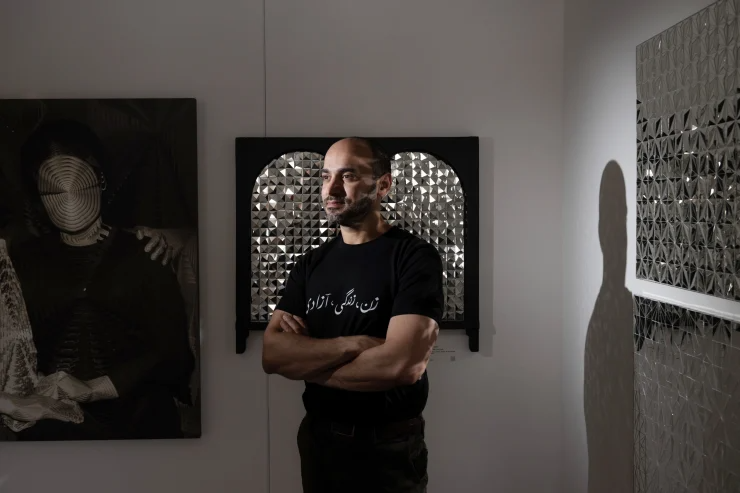 “I’m preparing for a show that I’ve been working towards for two years, but I’m carrying with me the grief and heartbreak and hurt of what I’m witnessing happening in my country,” he said. “I’m so supportive of [the protests] because I think it’s a movement of a minority – women. For the first time after 43 years [since the Iranian Revolution], we see these voices coming out of Iran.”

Tahayori fled persecution in Iran as a queer person and arrived in Australia in 2007 with degrees in medicine and photography.

He pursued a career in medicine first, and he still balances his work as a rehabilitation specialist at Royal Prince Alfred Hospital while studying a Master of Fine Art. He abandoned photography after his camera was stolen not long after arriving in Australia, but a trip to Iran with his partner in 2014 helped him rediscover the cultural riches which fuelled his early creative endeavours.