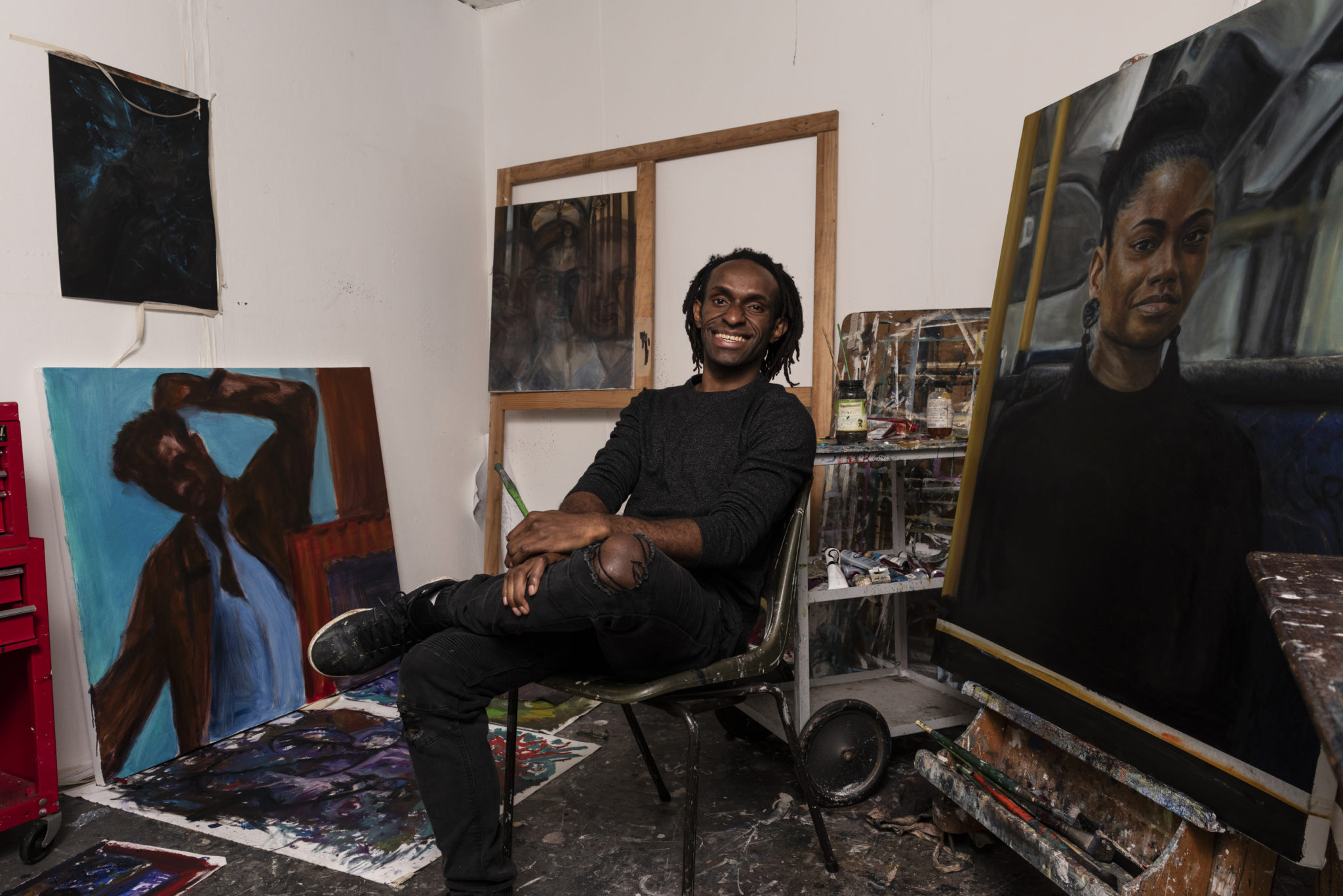 Each week, SMH asks someone to tell them about the upside of a bad experience or rough patch. This week features NAS student Lesley Wengembo.

His first stop was Sydney, where he planned to stay for two weeks while his Europe visa was processed. He’d saved money, paid for his flights and various other expenses, and had even attracted some sponsorship.

“I was so excited,” says the 24-year-old. “Growing up I had seen [art] books and things like that about the great [European] masters and I wanted to go there, to be able to go to those galleries and museums where you could experience the art itself and see where those artists had lived.”

But it turned out Lesley was missing a vital document and his visa application was rejected. He had to cancel the whole trip, lost the money he’d paid out, and had to disappoint those who had sponsored him.

“It was so bad,” he says. “Stuck in Sydney I so frustrated. I was like shit, I should be in Paris, it’s a dream place … I want to see all those things. And for me to miss it was like oh, man.”

A Sydney-based friend he’d known only on Facebook, Lisa, invited him for coffee, and he told her about his disappointment. She suggested he look at the art schools in Sydney and took him on a tour that included the historic campus for the National Art School in Darlinghurst.

“When I went there I was like, ‘Wow, okay’. The place looks so good because of the history that is there and the building itself … I could feel the atmosphere and the energy there straight away. So I applied and I was accepted.”

Sydney has since become Lesley’s second home, and he has no regrets about Europe 2018.

“I have made a lot of friends in Sydney … I get a lot of opportunities here,” he says. Lisa, her husband and their daughter have also become “like family”.

Lesley was invited back to Europe, too, and visited twice before the pandemic hit.

“There is always another chance,” he says.

He’s also grateful to have been in Australia rather than Europe over the past 18, COVID-plagued months.

“I think about what it would be like to [be in Europe] in a lockdown. It’s so far away from PNG and away from family, and even though we’re in lockdown now, we have been so free really for so much of the time. It has really been so much better here.”

Lesley has ambitions to fulfil in Sydney. The two-time Archibald Prize entrant wants to enter again and probably again after that. “It’s also my dream to win,” he says. You can see some of Lesley’s work here.