Sculpture students at NAS have access to some of the best-equipped workshops and studios in Australia and are taught by highly experienced lecturers. This allows students to master practical skills such as welding and construction, working across different materials such as steel, timber, plaster, clay, resin, cardboard and fabric. Students also gain the in-depth conceptual understanding needed to pursue a successful career in visual art.

The faculty team is led by Head of Sculpture Hany Armanious, also a successful and respected practicing artist who has represented Australia at the Venice Biennale and whose work is held in collections around the country and overseas. All Sculpture lecturers are also accomplished professional artists, dedicated to engaging, supporting and challenging their students during their time at art school.

NAS is renowned for its studio-based, hands-on model of learning. All Sculpture students receive intensive face-to-face teaching in small classes and are allocated their own studio in the final year of their BFA. Postgraduate students also have their own studio on campus. As well as thriving under the tuition of experts, Sculpture students are encouraged to support each other and work together as a creative community to develop their studio practice, share research and experiment with form, material and space.

In the BFA program, all first year students at NAS take Sculpture in first semester alongside electives in ceramics, painting, photomedia and printmaking; in second semester students choose two electives to specialise in. In second year, students focus fully on a chosen elective such as Sculpture, however there are always opportunities for cross-disciplinary work.

NAS has a number of public spaces and opportunities for students to exhibit their works and be involved in professional work experience over the course of their degrees.

Sign up to our newsletter and stay in the loop!

Sculpture graduates from NAS have gone on to successful careers in the art sector, exhibiting in commercial galleries and not-for-profit art spaces, participating in numerous outdoor sculpture events around Australia and overseas, and securing public commissions. Graduates also have opportunities in film and television prop departments as well as stage and theatre.

This outline for Sculpture Studio Elective 1, a core first year subject at NAS, gives an insight into the foundations of the sculpture program.

This BFA First Year subject aims to further the creative, intellectual and speculative capacity of each student informed by practical studio experience, and to broadly familiarise students with the body of knowledge that constitutes the sculpture discipline.

Subject Content
The class follows a sequence of projects and problem-solving exercises, exploring the means of expression through the conventions of modeling and construction, developing an understanding of the language of sculpture and of the basic methodologies of the practice of sculpture including:

Learning Outcomes
Students who successfully complete this subject will be able to:

In addition to full degree study, NAS offers an extensive range of Short Courses suited to all ages and experience levels. The courses are taught by practicing artists and are run on campus and online throughout the year, covering every artistic discipline from ceramics to sculpture to photomedia. NAS also offers an extensive school holiday program for all primary and high school students. Visit the Short Course pages for more information about what’s coming up. 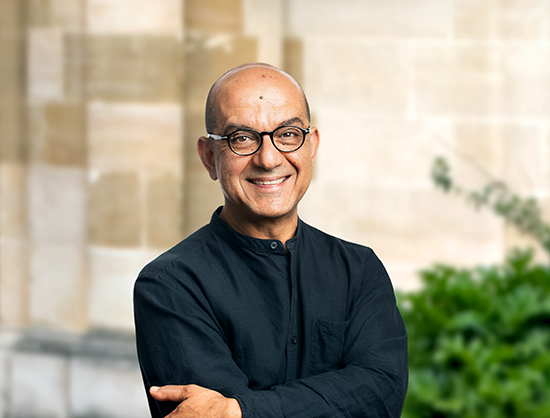 Hany Armanious, one of Australia’s foremost artists, will take up the position of Head of Sculpture at the National Art School from the beginning of the 2019 academic year. A warm, experienced and inspirational educator, Hany Armanious has been teaching in the higher education context since 1998, as a lecturer at Sydney College of the Arts, University of Sydney, the College of Fine Art, UNSW and most recently as a full time permanent lecturer at Queensland College of Art, Griffith University. At QCA he has been responsible for the design and implementation of a new sculpture curriculum, expanding the understanding
of the role of sculpture in contemporary art, with an emphasis on merging skills and material possibilities with conceptual rigour. 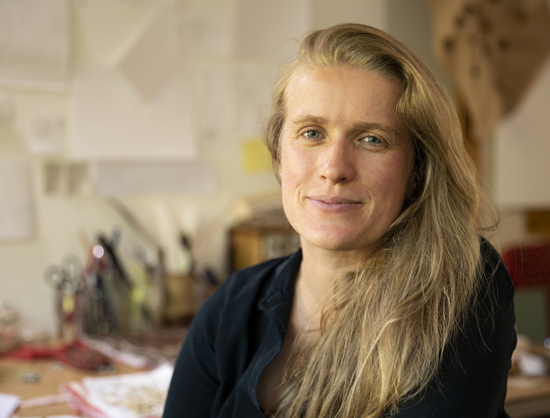 Jacqueline Bradley is an artist concerned with bodily relationships to the outdoors. Through objects, performances and installations, she explores the role textiles and clothing play in constructing and mediating experiences of the landscape.

Bradley has exhibited and collaborated with artists and curators in Australia and internationally, and worked with national parks staff and landscape architects on projects regarding performance in the landscape in Canada and Australia. In recent years, she has developed projects for the National Portrait Gallery, the Drill Hall Gallery and the South Australian touring exhibition ‘I’m a feminist, but…’.

In early 2019 Jacqueline was funded by Arts ACT and the Australian Embassy in Washington to exhibit works from her PhD series ‘Am I doing this right?’ and to develop and construct a large artwork on at the Embassy Gallery in Washington. Her work was recently discussed in Columbia Universities Climates: Architecture and the Planetary Imaginary, and she is currently working on a new project for the Unsolicited Proposals Unit, curated by Eleanor Scicchitano.

As well as lecturing at the National Art School, Jacqueline works from her backyard studio in Canberra. 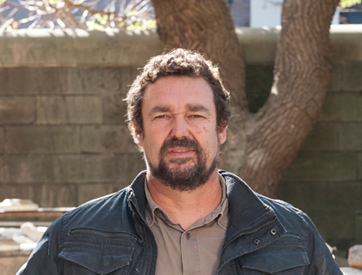 David Horton is an award winning sculptor who uses welded steel to explore space and light through mellifluous line and geometric form. He has won major awards in the Sculpture by the Sea, Helen Lempriere, Waverley Woollahra, Transfield and Sydney Airport Sculpture awards. He is a lecturer in sculpture and drawing at the National Art School and Sydney Grammar School. His sculptures are currently being exhibited at the McClelland Sculpture Survey exhibition in Melbourne. 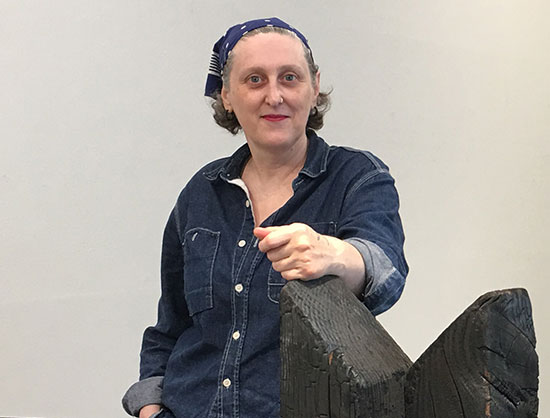 Liz Bradshaw is an artist and cultural researcher. Her work is engaged with the historical and epistemological archives of industrialisation and modernity and reworks the ideas, processes and artifacts of these histories as they resurface in contemporary culture transformed by technology and globalisation. She investigates the ways these histories and praxes produce marginalisation, and resist, silence or accomodate the voices of others. She has exhibited and published internationally, and her work is held in public and private collections in Sydney, New York and the UK. She has taught art and design at Universities & Colleges in Australia and England. 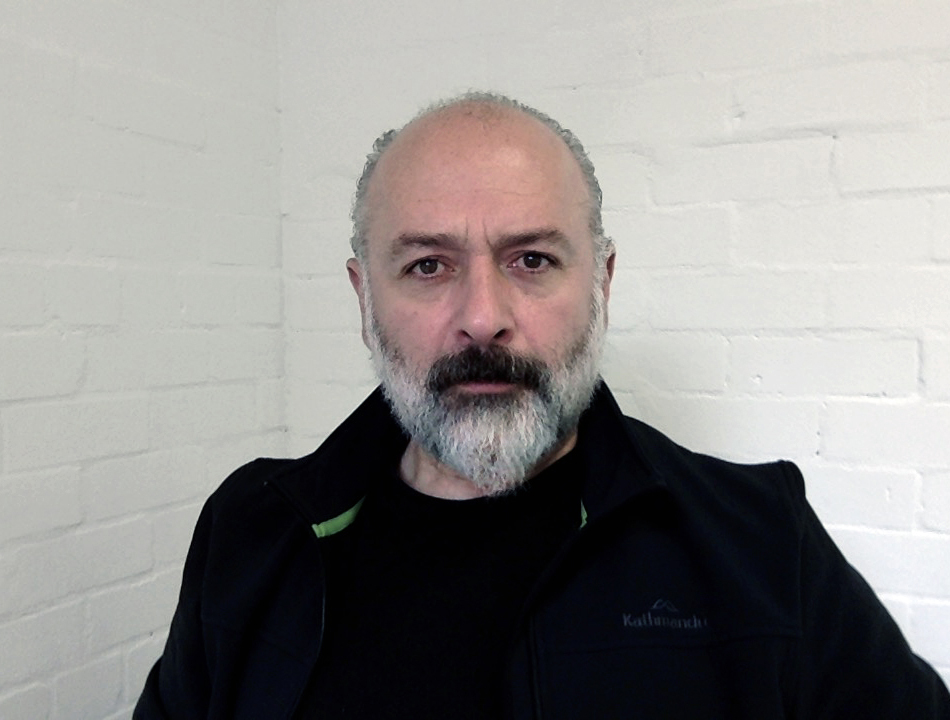 Gary Deirmendjian is an established Sydney based contemporary artist whose practice encompasses sculpture, photography, video, installation and site-specific intervention. Working predominantly in public/shared space, he is broadly recognised as a sharp observer of the present and for creating thought provoking and socially concerned works of challenging scale and immersive qualities. He has exhibited extensively and received numerous new work invitations and commissions for private and public artworks, as well as site-specific projects, realised broadly in Australia and several internationally.

He holds an MFA in Sculpture from the National Art School (2006), where he currently teaches (Sessional Lecturer since 2012 serving extensively in the BA Sculpture program and broadly across other disciplines as Post Graduate supervisor).

Prior to turning to full-time artistic practice, he trained as an Aeronautical Engineer (Honours, University of NSW, 1990) becoming significantly active in Defence R & D and then Industrial Design through establishing private practice and teaching (full time Lecturer, Western Sydney University, 1996–2001). He is the author/photographer of Sydney Sandstone (Craftsman House, 2002), which include contributing essays from Tim Flannery and Philip Cox amongst others. 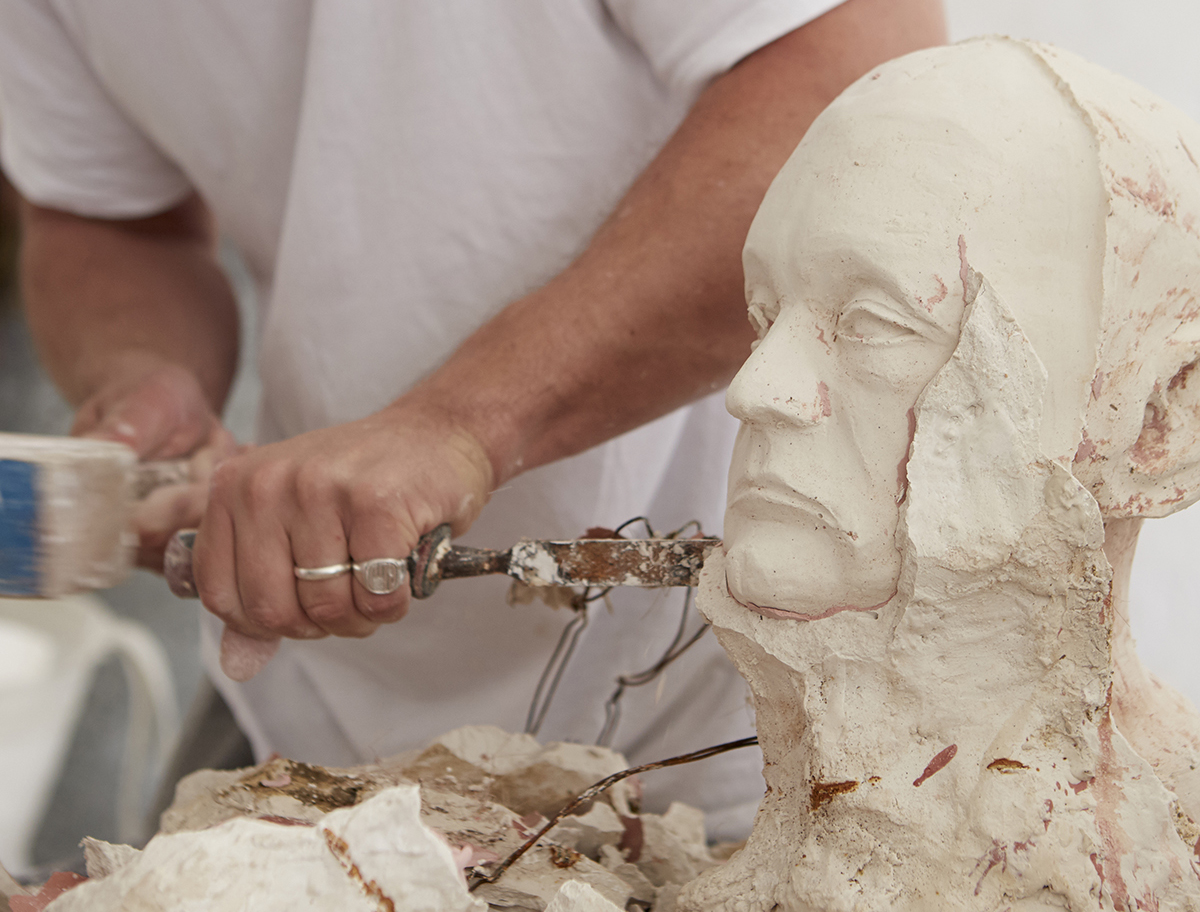 Bridie Lunney has taught for a decade in Melbourne at Monash Art Design Architecture, Victorian College of the Arts and Royal Melbourne Institute of Technology across Sculpture, Contemporary Practice, Drawing and Interior Design. In addition to currently lecturing in Sculpture at the National Art School, Bridie is also a PhD candidate at Monash Art Design Architecture. 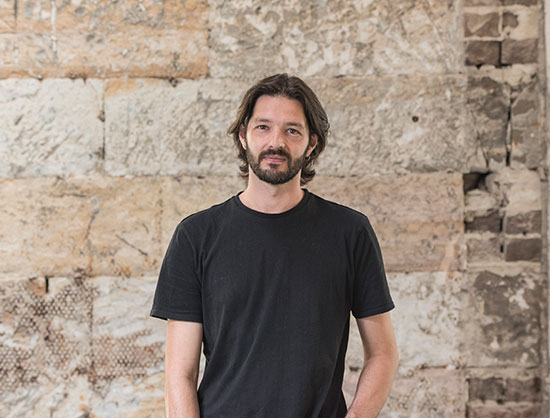 James completed a Bachelor of Fine Arts in Sculpture and Printmaking at the University of Wollongong in 2006. In James’ practice as an artist he has worked predominately in mild steel, often merging it with wood and plaster. James has extensive experience in Product Design and Development, gained through the Dinosaur Designs head studio.