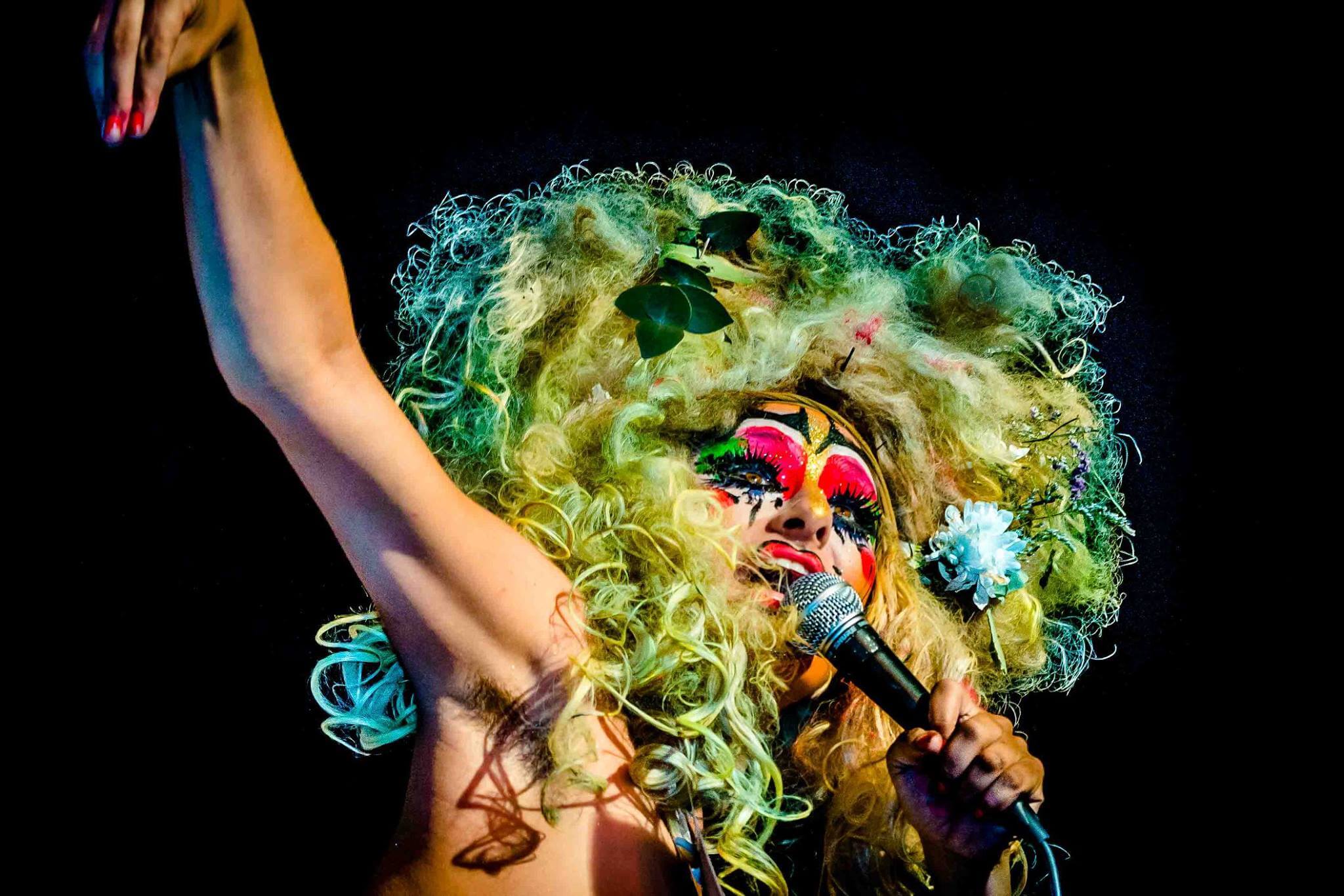 Discover Australia’s most subversive and boldly original queer poets at our raucous poetry competition. Our slammers tell us what matters as we heat up the historic Cell Block Theatre with words of protest, love, rage and power. With a special guest host and some guest performances throughout the Slam, we’ve got the night before Mardi Gras Parade completely covered.

Add on to your poetry slam experience with our Moonlite pop-up bar, Print with Pride workshop and a curator’s tour of Mistfit: Collage and queer practice and i hate my dad.

Host: Kween G
Renowned for potent content, Kween G delivers dynamic style as an MC, performer and Hip Hop artist. She makes consciousness-raising music that excites, entertains, and enlightens her listeners. Her fighting spirit – for women’s rights and those in disadvantaged communities – courage and humility have earned her respect across the country. In strong demand as a MC, performer and host, Kween G is a community icon.

Special guest performer: Betty Grumble
Emma Maye Gibson (AKA Betty Grumble) is a Sydney-based performance artist. Largely through the avatar/war mask/love letter/totem critter of Betty Grumble she engages her body as a political and medicinal site of performative catharsis, often in a genre smash of ritual physical theatre, cabaret, performance art and multi-media. She is a proud ecosexual and believes in the shamanic/shawomanly power of live space. She has her Masters in Fine Arts/Arse and has presented work at Dark Mofo, Sydney Opera House, Glastonbury, Edinburgh Fringe, Perth & Adelaide Fringes, Melbourne International Comedy Festival, Festival of Dangerous Ideas (FODI), Belvoir St Theatre, The Bearded Tit, Berlin Fringe, and beyond. She believes in the flesh riot and is currently engaged in developing a new work under the guidance of mentor Annie Sprinkle in her world-saving trilogy of performance ceremony.

Music act: KYVA
Crafting a delicate balance of alternative pop influenced by the likes of The Cure, Prince and Elliot Smith, KYVA embodies a union of worlds: drawing equally from spheres of Dark Wave and Soul to create something entirely new and sonically beautiful.