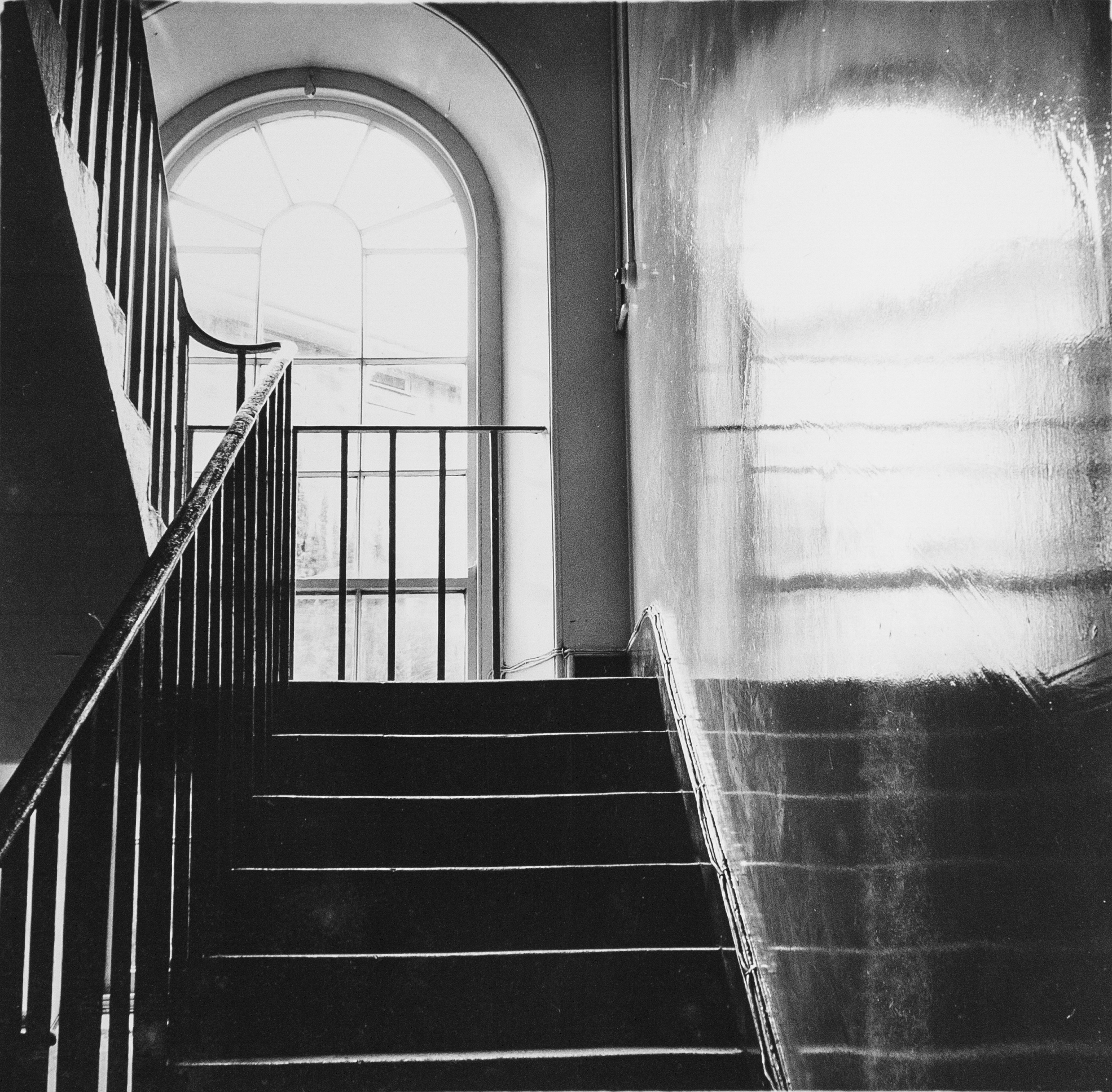 This week, our third feature for the On Stillness exhibition is the work of NAS alumna Fiona Hall.

As well as being seduced by the medium of photography, Fiona Hall developed her innate sense of composition during her years as a student at the National Art School. Although she graduated in painting, she spent much of her time documenting her fellow students, the protest marches and the eccentric bands which sprang up at art school. She also explored the empty and dilapidated parts of the former gaol site – areas which had been allowed to fall into disrepair but still displayed a lyrical and enigmatic quality. In the photographs she took in the former governor’s quarters in the 1970s, she captures the reflections on the walls from adjacent windows. Using natural light and black and white photos, Hall creates a dream-like, almost spectral effect. Likewise her self-portrait is back-lit, using reflections and a mirror so that she becomes an outline, hardly there at all.