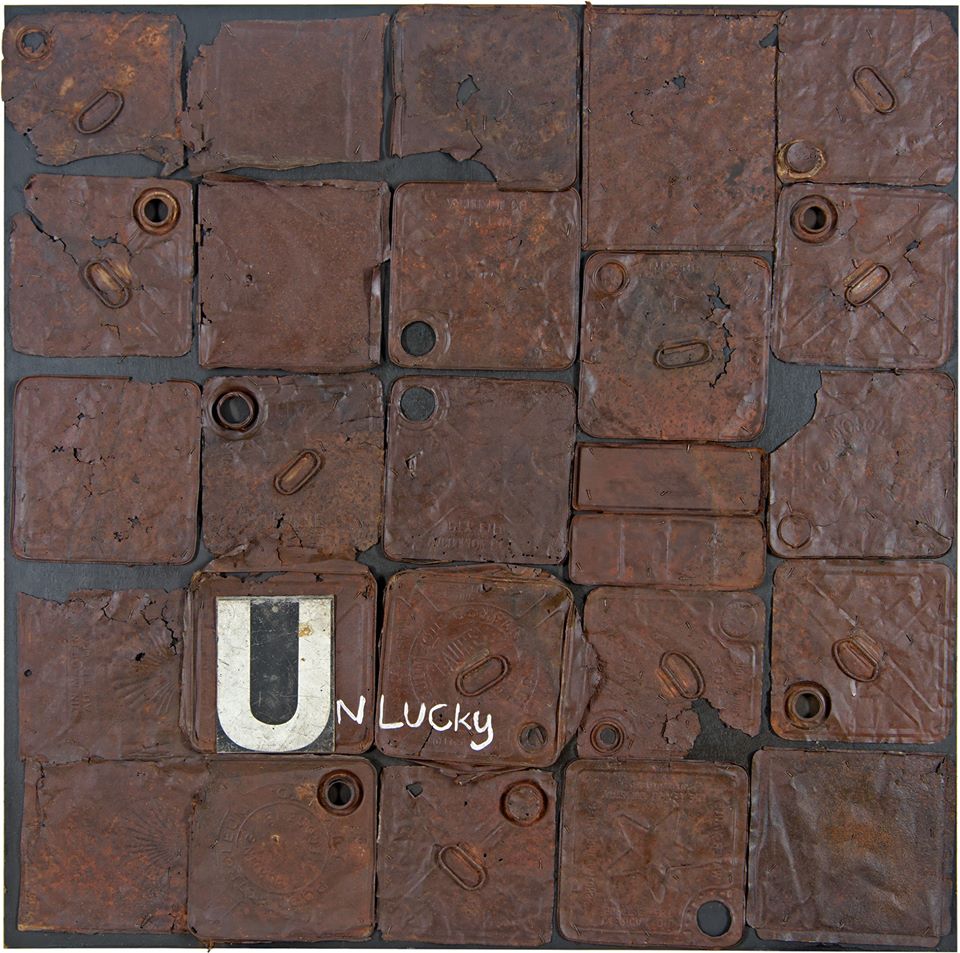 Karla Dickens is an artist of Wiradjuri, Irish and German heritage, whose work challenges notions associated with gender, inequality, race and violence against Aboriginal women. Her work courageously tackles confronting issues and enables conversations about Aboriginal disadvantage that continues to exist in contemporary Australian society. She incorporates her own text and poetry to emphasise the message and support her artwork. In 2018 Dickens made a body of work that referenced ‘the lucky country”, a phrase coined by Donald Horne in 1964. Dickens stated ‘I was grateful and relieved to find that Donald Horne was ironically condemning Australia for its complacency and failure to acknowledge its history. My playful and straight-forward observation is that you are lucky in Australia if you are white and a bastard if you are Aboriginal.’ (Dickens, 2018)

Unlucky II and Unlucky IV are assemblages on board made from rusty oil and petrol cans that Dickens found whilst rummaging in a dump near a closed Aboriginal mission-camp. Renowned for her practice of repurposing everyday items, she has placed these objects together with text; the oil cans remind us of the conflicts between white colonisers who seized Aboriginal land and exploited it, impervious to the systematic abuse and oppression of traditional owners. Dickens uses the words ‘Unlucky’ and ‘OUT’ (of luck) in relation to the people who never enjoyed the benefits of the so-called ‘lucky country’. However ironic Horne was being with his terminology, he probably was not thinking about Australia’s first people; but if he had been, he would have agreed that they were indeed out of luck.