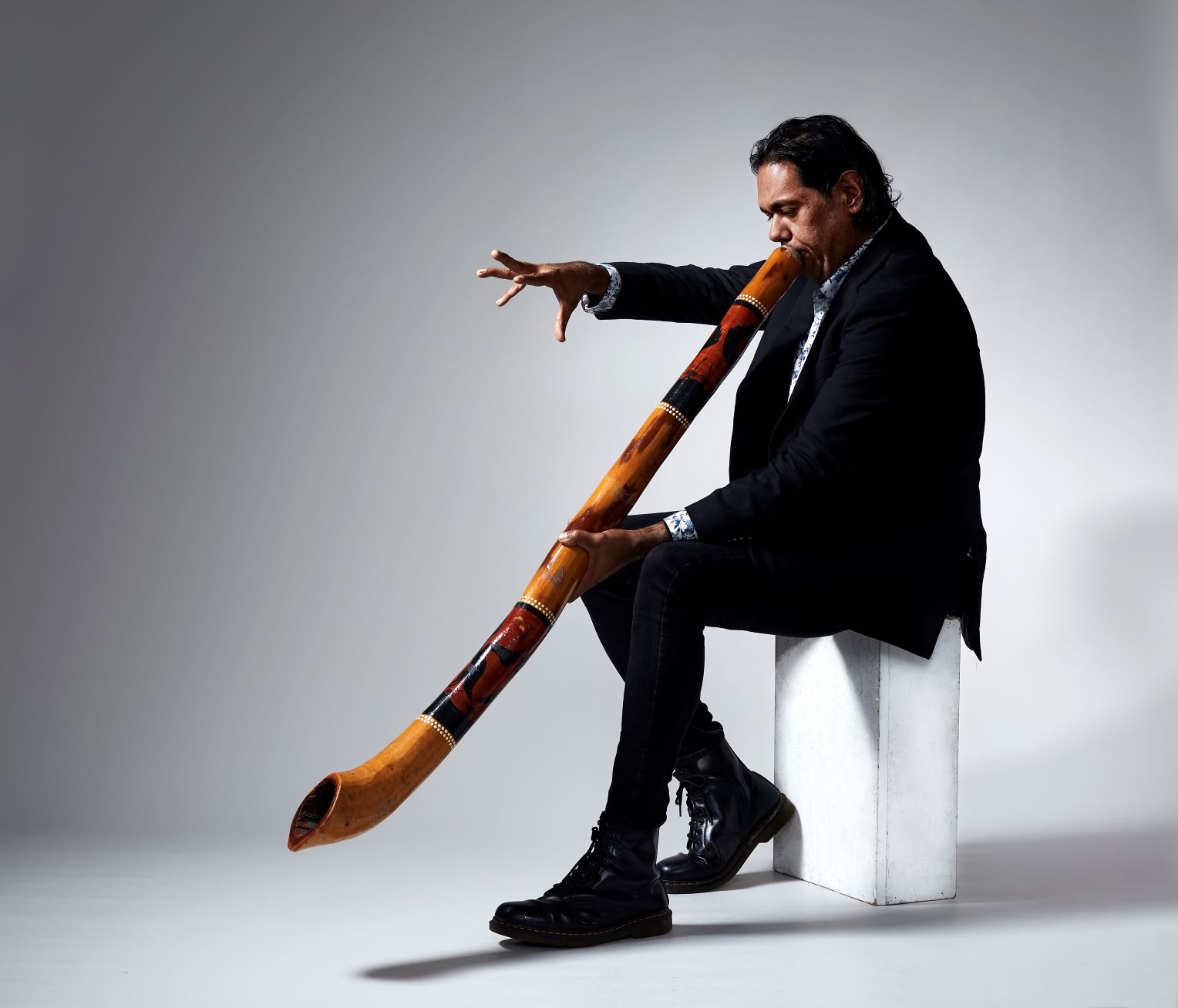 NAS is hosting a lively and accessible series of classical music concerts broadcast live from the atmospheric Cell Block Theatre on campus, in partnership with Melbourne Digital Concert Hall, presenting some of Australia’s most outstanding and beloved musicians.

MDCH has been a trailblazer since being created in March to help support performers who have been hard hit by Covid, seeing their income for the year wiped out overnight. This latest live-streamed concert season to audiences at home is to support performers based in Sydney and NSW, following other concerts around Australia and overseas.

Launching the season on September 24 was brilliant didgeridoo virtuoso William Barton in an extraordinary original performance featuring violinist Veronique Serret, Light of the Everlast, followed by the marvellous composer Elena Kats-Chernin playing a selection of her favourite compositions on piano in Don’t Medley with Me!

A total of 19 Sydney concerts are scheduled between September 24 and October 23, including Simon Tedeschi and Roger Benedict on October 2, and famed flautist Jane Rutter on October 9. Tickets are $24, with $20 going straight to the performers.