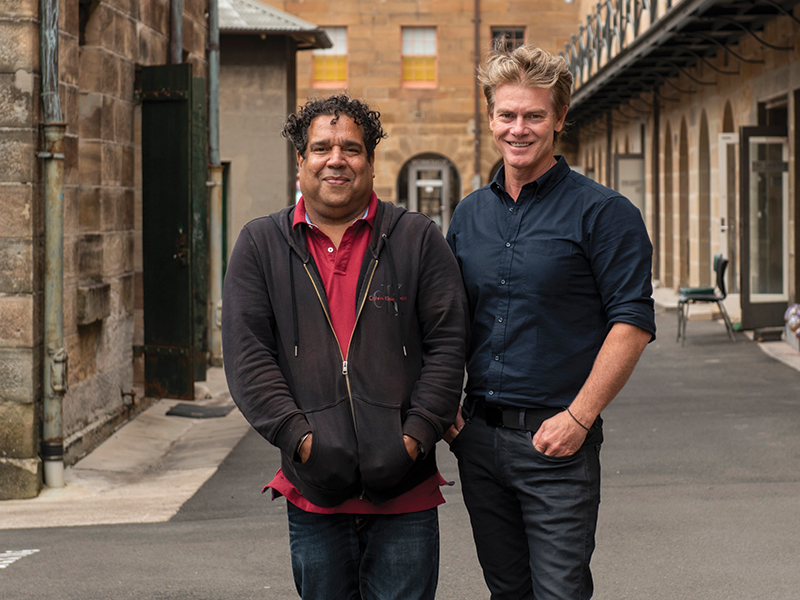 NAS is very happy to welcome to John Waight, our new Head of First Peoples Programs who starts on 21 February, 2022. John is from the Mangarayi people whose country is just outside Katherine. He has worked as Curator and Liaison Officer at the Australian National Maritime Museum in Sydney and in Darwin was Manager of the Maningrida Arts and Culture Shop, and Curator of Aboriginal Art at the Museum and Art Gallery of the Northern Territory, where he delivered the 29th National Aboriginal and Torres Strait Islander Art Award.

Most recently he was Artists in the Black Coordinator at the Arts Law Centre of Australia, and completed his Masters of Curation and Cultural Leadership at UNSW. John also sits on a number of cultural boards and committees, including Artback NT, Create NSW MultiArts, MAAS Indigenous Reference Committee, and the Sydney Culture Network.

John will ensure First Peoples academic teachings and protocols are in place across the campus and in the public domain, working closely with Georgia Mokak, First Peoples Program Coordinator at NAS, the Executive Leadership Team, and academic and professional staff.

NAS Director and CEO Steven Alderton said, “I am very pleased to welcome John and look forward to his leadership as we build significant First Peoples programs at NAS.”

The appointment of the National Art School’s Head of First Peoples Program has been made possible through the generous support of the Oranges & Sardines Foundation.