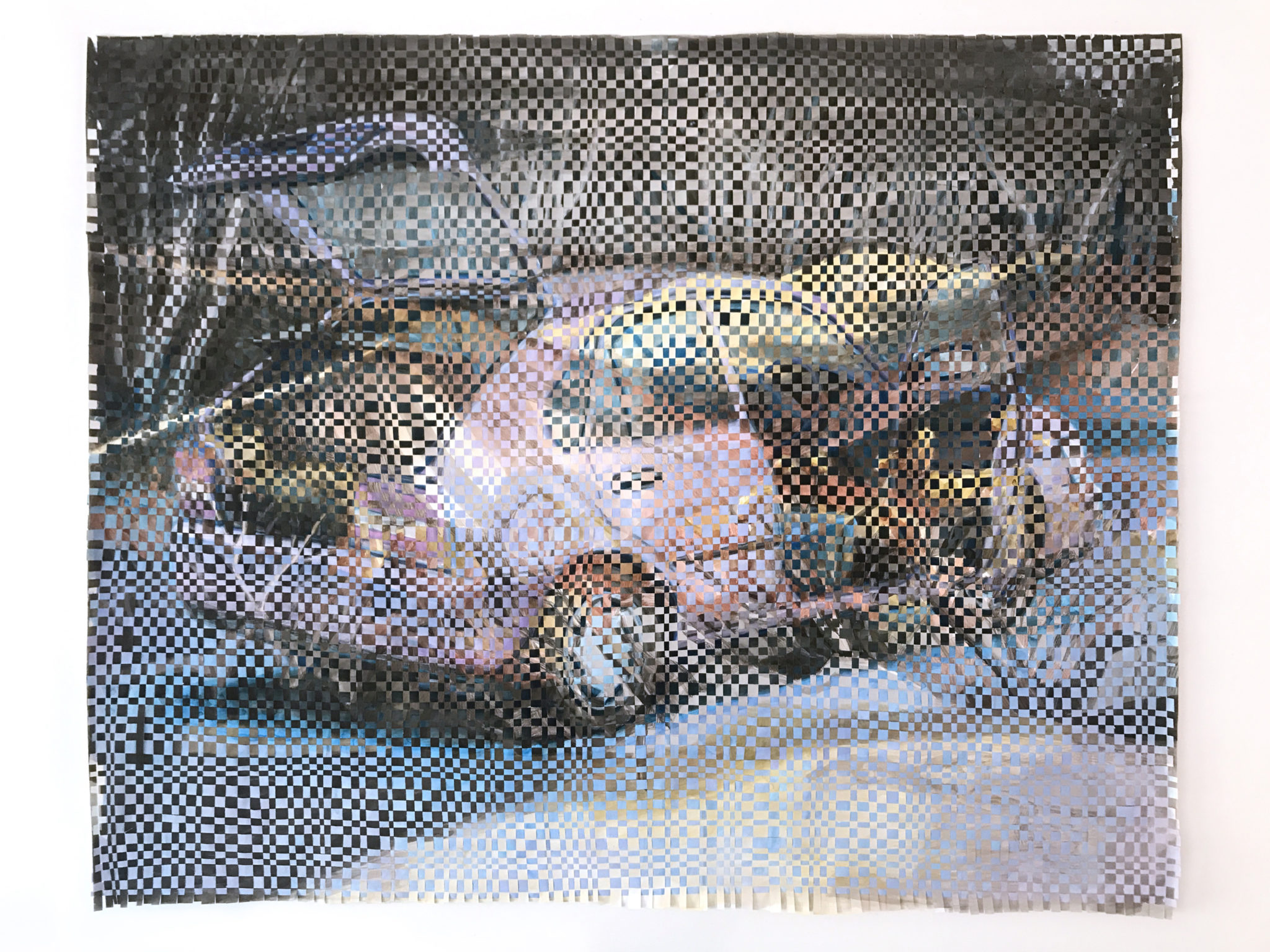 In line with this year’s International Women’s Day theme Choose to Challenge, we speak with two of our powerhouse Dobell Drawing Prize #22 judges Lucy Culliton and Michelle Belgiorno and celebrate their achievements as women artists.

One of Australia’s most recognised contemporary landscape and still life artists, Lucy Culliton studied at the National Art School (NAS) and has exhibited nationally and internationally for over 20 years.

She has been a multiple finalist for the Archibald, Wynne and Sulman Prizes at the Art Gallery of NSW, as well as the Dobell Drawing Prize and the Kedumba Drawing Award, which she won in 2004. Her work is in the collections of the AGNSW, Australian Parliament House, National Gallery of Australia, Macquarie Bank, New England Regional Art Gallery and Tamworth Regional Gallery.

Lucy is the guest judge for the 2021 Dobell Drawing Prize #22. She was on a panel of three judges, with Sir William Dobell Art Foundation trustee Michelle Belgiorno and NAS Head of Studies Simon Cooper, to select the 64 finalists for the prize from a record 942 entries. Lucy will select the overall winner, to be announced at the exhibition opening on Thursday March 25, 2021 at the NAS Gallery. The exhibition runs until 22 May, 2021.

Lucy has judged numerous art competitions including the Mosman Art Prize, the Brett Whiteley Travelling Art Scholarship and at local shows. Here she talks about the process and challenges of judging.

What was your first experience as a judge?
Rylstone Show would have been my first, when I was in the central west.

How did it feel to be asked?
I felt really proud, I still do when people ask me. There’s no payment, you just feel special.

Has it become easier over the years?
I go in prizes and I hate being rejected so I hate rejecting people. Judging hasn’t got easier, but for me going in prizes has got easier because I can see the process judges go through. I’ve got a style of art that I like and I feel that bias when I look at a figurative painting and like it better than an abstract painting. The process can’t help but be biased towards the judge, and the judge is always different. So I understand when I put work into a show or competition why I would be rejected.

So it makes you take it less personally?
Yes, exactly.

How did the Dobell Drawing Prize judging work?
We all got to see all the entries alone on screen at home, it took me just short of a week to go through them. First I culled everything I thought wasn’t a drawing, then I went through the rest  doing a little bit every day so I was fresh, and then I went through again later and had a look at all my maybes. So we all had yeses, noes and maybes.

Did you get the final say?
I’m a bit old-fashioned so it’s very hard for me to be interested in electronic drawings but we did include some because the other two judges were more open to that, where I think drawing should be hand-on-tool which is a pencil.

Also, I like figurative more than abstract but I know there’s really good quality abstract work so I broaden my eyes to include it – I don’t have to like it but I have to be astounded with the material or the composition. You can draw in all different sorts of ways. There was an awful lot of stitching, I couldn’t get over how many people draw with cotton.

How many in the end did you choose in the first round at home?
I had about 70 yeses, and there were six or seven all three judges said yes to. Then we met up at the National Art School for a day and saw all of them on a bigger screen electronically, and anyone we all said yes to was in and anyone with double maybes was in. Then we went through all the yeses again, so if it’s something l said yes to, they all look at me and go why did you say yes to that? And I give my reasons, then all together we decide it’s not that good, or we sway and they agree and put it in the yes. It worked really smoothly, we were all open to change which was really good.

What about including artists who are your friends?
You can’t help it! And not only friends, artists you know, because it’s a small community and most of the good work is by known artists. In the end we did go through when we had finished judging and checked to make sure we had new faces, which we did. But it’s amazing when you hit a familiar work, without knowing who’s done it you recognise what a great piece of work it is.

Did judging the Dobell change your idea of drawing?
It made me want to be a better drawer myself. During the process I did quite a lot of drawing in the evenings. I usually have my sketch book out so when my partner Jamie’s watching the idiot box I draw the dogs, because there’s no life models down here. So I picked up that habit again.

What does drawing give you compared to painting?
Painting is really fast and you get a lot more money for a painting. I never do a sketch before a painting, it’s more blocking in which is very different to line drawing which is finding form rather than blocks. Drawing using a 2B pencil, it’s immediate. I don’t rub out, I draw a corrective line and read the right line not the wrong line. It’s a fundamental, it keeps your eye on the game.

Did you draw a lot as a student at NAS?
I loved drawing, and I loved life drawing, I did all the after-school life drawing three nights a week. It was a challenge – drawing people is so hard, you never get it right ever I don’t think.

How do you feel about choosing the overall winner as Dobell guest judge?
It’s such a public prize, it’s really important you get it absolutely right, I feel the responsibility is huge. When I see them hung ‘in the real’ for the exhibition it’s going to make such a difference.

As an artist is there anything you would change about the judging process?
No, I just think the judges should change often.

Any recommendations for artists entering prizes?
Yes, always have your work professionally photographed – be aware that the photograph is selling your work, not your work. Works miss out because they’re not properly documented.

NAS alumna with a BA Fine Art, Michelle Belgiorno is a long-serving trustee on the Sir William Dobell Art Foundation and an exhibiting artist, with a strong interest in community art projects and extensive philanthropic experience.

This was her second year judging the exhibition finalists for the Dobell Drawing Prize at NAS, with artist Lucy Culliton and NAS Head of Studies Simon Cooper. The 64 finalists selected from a record 942 entries will be exhibited at the NAS Gallery from 26 March to 22 May. The winner, chosen by Lucy Culliton, will be announced at the opening on 25 March.

Was it different judging the Dobell this time?
There were fewer works two years ago with 700-odd entries. This time it was nearly 1000.

The first step was looking through them all to decide yes, no or maybe as a finalist?
The goal was for each judge to select approximately 60 works as “yes”. I think I had more. I had a lot of maybes. Judging on screen is not ideal, particularly for drawing. There’s something about the material quality of the paper and whatever material has been used, but it’s not feasible to bring in 1000 drawings.

Has it expanded your perception of drawing?
Yes I think so. One of the works that’s in is a video of the artist moving her body in space, then she has come back and drawn with charcoal following her arms and body, I think it’s really interesting. I’ve watched a lot of contemporary dance and I think dance is a form of sculpture in motion. And I think maybe having seen a lot of Biennales over the years, I’m happy to embrace that broader interpretation of drawing.

It also made me think about my own drawing because I always do draw before I commence a painting to work out composition, colour, and other formal elements. It made me think maybe I should spend time developing drawings as works in themselves.

What was the next step?
Each judge selected between 60 and 80 works that were deserving of being exhibited. We then sat together for a day to decide the finalists and that was a very consultative and democratic process. There were not many works that we all three initially said yes to but I was not surprised. Most were strong drawings. We’re all artists and we see a lot and understand the formal qualities of what makes something stronger or less strong, so you don’t always like something but that doesn’t mean it’s not a strong work of art and shouldn’t be exhibited. It just might not be to your taste.

After I did the selection for this year I went back to my choices two years ago and compared who I ticked as a definite yes, and a lot of artists whose names I didn’t recognise and are not well known I had selected two years ago, and I selected them again this time. So then it comes down to taste – we’re all biased to some degree, so obviously their work talked to me, for whatever reason.

Did any themes come through?
This time I was really struck by how much psychological trauma there was in the artist statements, associated with Covid and isolation. A lot of personal trauma came up in those explanations that wasn’t always visible in the work. Another common theme was nature, going back to the natural world. Also the bushfires fed into the nature theme, a lot of works mentioned they were done using burnt wood, charcoal that was found, and there was a lot of work representing burnt scenery and loss of wildlife.

Any tips for artists entering prizes?
Artist statements are really important. Also get your work photographed properly and send in a full image and also a close up. Because we can’t physically experience the work, often a close up will give you a greater sense of the material quality of the work. We have the dimensions of each entry as judges, but to focus on that as well as all the other elements of nearly 1000 works, you don’t always think of the scale.

For more information about the Dobell Drawing Prize #22, follow the link below.