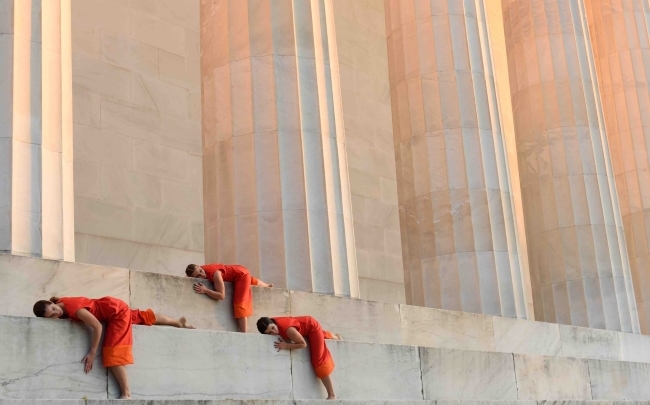 Congratulations to NAS alumna Georgia Saxelby, who has been awarded a 2019 Anne & Gordon Samstag International Visual Arts Scholarship! Georgia’s participatory practice engages with issues of public social space, collective ritual behaviour and notions of sacred space in both ancient and contemporary cultures, and this year has presented her solo travelling exhibition, To Future Women at a number of cultural institutions in the US, including the Hirschhorn Museum. With the Samstag scholarship, Georgia plans to continue to study and research in the United States.

Gordon Samstag’s will provided funds for awarding annual scholarships enabling Australian visual artists to study and develop their artistic capacities, skills and talents outside Australia. This remarkable gift ranks as one of the very great bequests to visual arts education in Australia.