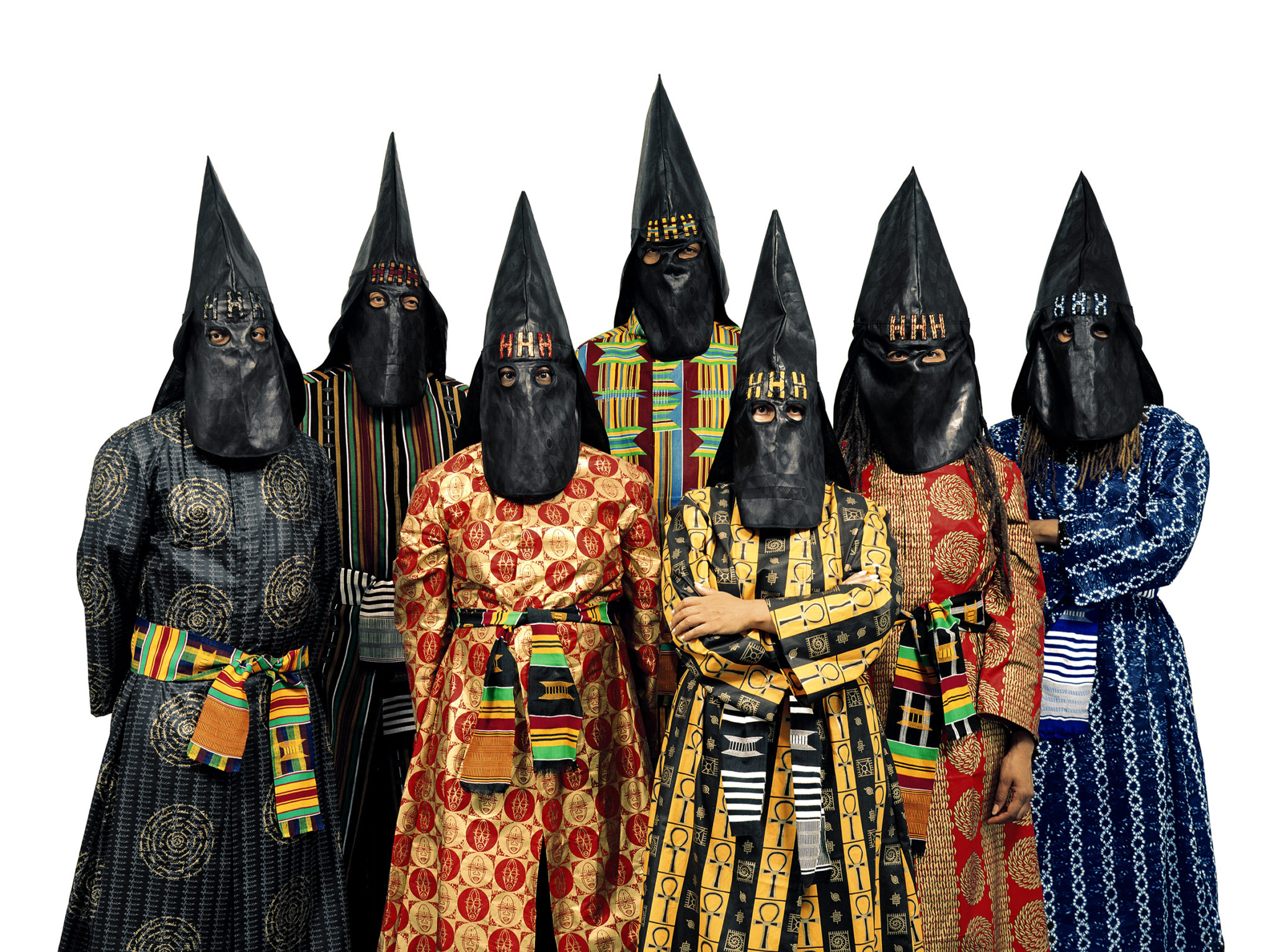 Dr Fiona Foley, one of Australia’s most acclaimed contemporary artists, is celebrated at the National Art School in Darlinghurst this summer as part of the 2020 Sydney Festival.

Her solo exhibition Who are these strangers and where are they going? comes to the National Art School Gallery direct from the Ballarat International Foto Biennale (BIFB) in Victoria, where it premiered in August 2019. The mid-career survey of Foley’s 30-year artistic practice is accompanied by a new work, the title of the show, a soundscape based on the oldest known Aboriginal song documenting the first sighting of Captain Cook in 1770 by the Badtjala people of K’gari (Fraser Island), Foley’s ancestors. Created with musicians Teila Watson and Joe Gala, the aural artwork recreates and expands on the original song using Badtjala language.

Curated by Djon Mundine, the survey features photography, installation and video, underpinned by the haunting soundscape. Foley’s work always explicitly relates back to historical research, throwing light and constantly questioning race relations, cultural assumptions, sexuality and the reality of Aboriginal lives in Queensland around the turn of the 20th century, and reconnecting it to the present.

Key photographic series in the show include Wild Times Call (2001), The Oyster Fisherman (2011), Let 100 Flowers Bloom (2010), Foley’s hypnotic images of opium poppies, and Horror has a Face (2017), the most recent series in the survey. The poppies and the opulent opium den portraits in Horror Has a Face refer to the use of opium in late 19th and early 20th Century Queensland to pay, entrap then criminalise Aboriginal workers.

“A lot of my work is research-based historically in Queensland,” Foley says. “I take out the stories from that history to put it in a different context so non-indigenous Australians are aware of what happened in this county. There has been so much denial and silencing, the art is a way for me to communicate this history that took place here.”

The result of a New York residency in 2004, the HHH series – Hedonistic Honky Haters – features African-Americans wearing black hoods in the style of American white supremacist movement the Ku Klux Klan (KKK), contrasting with patterned robes in African tribal materials. The images are shocking, challenging cultural perceptions of racism, but also instantly engaging with the bright colours and undercurrent of ironic humour.

The survey also includes a 10-metre long, one-metre-wide installation of 3000 oyster shells. This massive midden, a reminder of the ancient Aboriginal connections to land and sea, lies in front of a canvas tent containing Foley’s earliest work in this show, self-portrait series Badtjala Woman (1994). These are based on an image taken by an ethnographic colonial photographer circa 1899, now held in the John Oxley Library in Brisbane.

“The only reference to her was ‘Young woman from Fraser Island’, you didn’t know her name, her date of birth, death date or what she did in society so she remains a huge curiosity. I think by using my own body, I tried to invoke her spirit and claim a space for Badtjala women that wasn’t necessarily there when I started my career.”

Fiona Foley is an alumnus of the National Art School, gaining a Certificate of Art in 1983, and receiving a Fellowship from the school, its highest honour, in 2017.

Who are these strangers and where are they going?