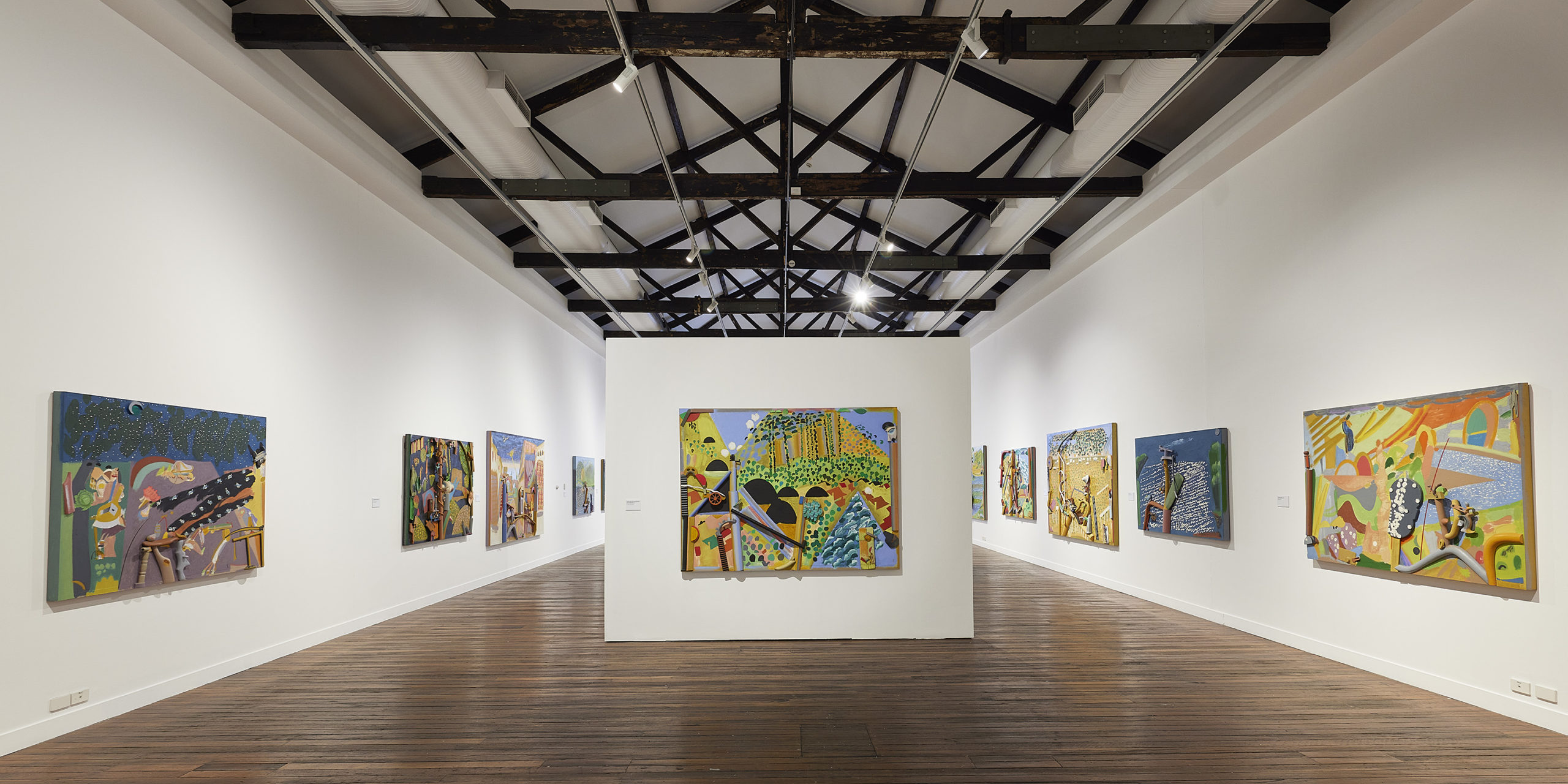 Curated by Sioux Garside, this new major exhibition celebrates Colin Lanceley (1938-2015), a Modernist trailblazer who believed in celebrating the joyous qualities of life in his vibrant, three-dimensional art.

After studying at NAS in the 1950s, which he described as “the opening of my life”, he returned to teach there from the 1980s, then in the 1990s helped write a new chapter for the School as an independent tertiary institution offering visual art degrees, after decades of being attached to NSW’s technical education sector. In the 1960s and 70s, Colin was a vigorous and adventurous spirit at a time when contemporary Australian art was discovering new forms and inspiration, as well as acknowledging the ancient country’s unique and powerful Indigenous art. Born in New Zealand in 1938 and growing up on Sydney’s north shore, a life creating art was not on the cards for young Colin, but with the encouragement of key teachers he found his way to the place he belonged, and in turn helped countless others setting off on their own artistic path. Supported by his wife Kay, this exhibition is a celebration of Colin’s life and work, confirming his creative legacy in the same year the National Art School celebrates 100 years since moving to the Darlinghurst Gaol site.