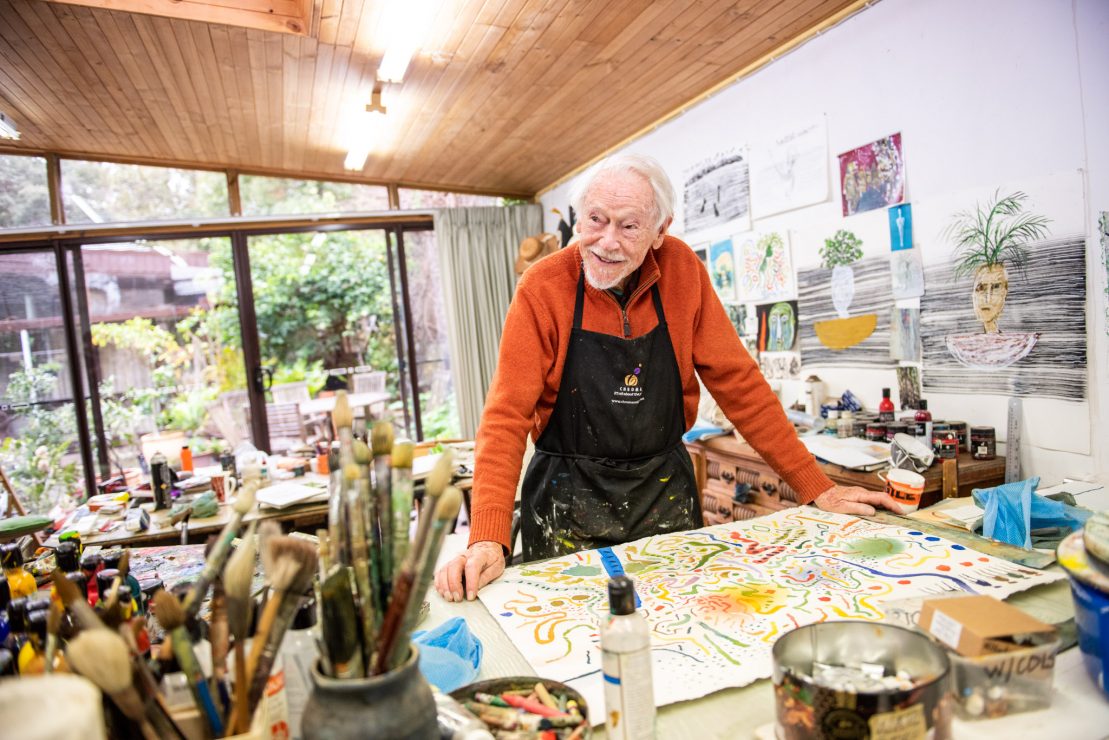 “I do something every day, even if it’s only a scribble. But of course I still have doubts. There is no certainty in this game. There are no rules.” – Guy Warren

After the war Warren trained at what is now the National Art School and he went on to forge a career filled with accolades, including being appointed a Member of the Order of Australia (AM). At his home studio in Greenwich, one of Sydney’s leafy northern suburbs, Art Guide Australia’s Tracey Clement spoke to Guy Warren about his primal urge to make art every day.

Read the full article through the link below.